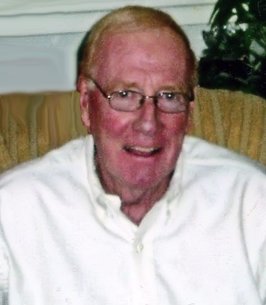 Tom grew up in Orono, graduated from Orono High School, class of 1953, and Bowdoin College, class of 1957, majoring in government and history. Prior to graduation from Bowdoin, he was awarded a John Edward Noble Foundation grant to attend law school. He graduated from Boston University School of Law, class of 1960. While an undergraduate at Bowdoin, Tom belonged to the Alpha Delta Phi fraternity which provided him a life-long group of close friends to congregate with in the endzone at Bowdoin Fall football games and at alumni reunions attended in Brunswick over many, many years.

On Feb. 9, 1963, he married Carol Coney in Bangor. They were happily married for 48 years, raising three children.

Tom was admitted to the Maine Bar in 1961. Early in his career he served as Assistant County Attorney for Penobscot County (1961-1963). This was followed by stints as counsel to the Bangor Urban Renewal Authority and as City Solicitor for the City of Bangor. He began his law practice as an attorney with his father’s firm in Old Town, before establishing his own law firm in Bangor. In 1970, together with Louis C. Stearns and Francis E. Finnegan, Tom formed the law firm Stearns, Finnegan & Needham, PA. In 1980 Stearns, Finnegan & Needham merged with Mitchell, Ballou & Keith, to form the law firm Mitchell & Stearns, with legal beacons and longtime friends, John W. Ballou and Edward Keith. Until his retirement in 2012, Tom maintained his law practice at the law firm of Vafiades, Brountas & Kominsky, LLP.

During his career Tom was very involved and generous with his time to the benefit of the City of Bangor and the State of Maine. Tom served on many boards, including the YMCA, St. Joseph Hospital, City Planning Board, and as Director of both United and Canal Banks. From 1971 to 1974 he was a Member of the Bangor City Council, serving as Mayor in 1973. In 1975, Tom was appointed to the Maine Guarantee Authority by former Gov. James B. Longley, acting as Chairman from 1977 to 1979. Additionally, he served as President, Penobscot County Bar Association (1977-1978) and as a Member of the Maine State Bar Association Board of Governors (1981-1983). In 1984 he assumed the role of Chairman, 150 Years of Bangor Corporation, to organize the “River City Festival”, celebrating Bangor’s Sesquicentennial. Together with Linda Clive, they transformed the Bangor downtown area into a weeklong festival, including a 4,000-seat amphitheater with performances of “Music Man”, Ray Charles and Up With People, along with a July 4th nationally televised appearance by NBC’s Today Show weatherman Willard Scott.

A Sugarloafer since the 1960’s, you could find him making first tracks on the “corduroy”, and then having lunch at The Bag. Another passion of Tom’s was fishing at The Bradford Camps, Munsungunn Lake. He spent many years at “ice out” with friends and family, in search of Munsungunn Lakes land locked salmon. Tom was also a long-time member of “The Landlords” a cappella group. He enjoyed the camaraderie of weekly rehearsals, and the enduring friendships he found within the group.

In addition to his parents, and brother, Jack, Tom was predeceased by his wife, Carol. He is survived by his son, Thomas E. Needham Jr. and his wife, Donna, of Andover, Mass.; daughters, Susan N. Boisvert and her husband, Jeffrey, of Bangor and Amy N. Hinds and her husband Jeffrey, of Tilton, N.H.; nine grandchildren, William R. Needham, Thomas E. “Tripp” Needham III, Allison E. Boisvert, Jonathan N. Boisvert, W. Alexander Cammack, Nathan T. Cammack, Jake R. Hinds, Scott J. Hinds and Kyle W. Hinds; sister-in-law Priscilla C. Quinn of Bangor; Stephanie C. Coney of South Carolina and many nieces and nephews. The family expresses a special thank-you to the nurses and staff at Woodlands Senior Living, and Kindred Spirit Hospice for their loving care of Tom and support to our family.

Relatives and friends are welcome to call 4-6 p.m. Wednesday, August 17, at Brookings-Smith, 133 Center St., Bangor. A Mass of Christian burial will be celebrated 11 a.m. Thursday, August 18, at St. Paul the Apostle Parish, St. John’s Catholic Church, Bangor. Interment will be at Mount Pleasant Catholic Cemetery, Bangor.
Those who wish to remember Tom in a special way may make gifts in his memory to Bangor Region YMCA, 17 Second St., Bangor, ME 04401. Condolences to the family may be expressed at BrookingsSmith.com.