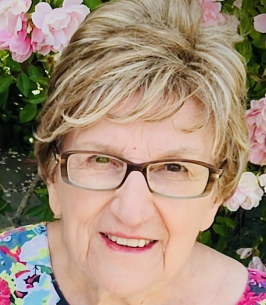 Hermon - Lois Titus Bloomer passed away in her sleep early in the morning of July 23, 2022. She was born on Tuesday, June 27, 1939, at 8:30 PM, in Westville, New York, which is in the foothills of the Catskill and Adirondack Mountains, to Alexander and Edna Mae (Tice) Titus.

Lois was educated in a two room country schoolhouse through grade 6 and then attended a central school where she graduated in 1956, 3rd in her class and not even 17 years of age. Lois attended Albany Business College where she studied secretarial sciences. She later took courses in Journalism at the State University of New York.
August 21, 1965, Lois married Ernest Dales Bloomer. They lived in New York for two years, moved to Pennsylvania for two years and settled in Maine in 1969, for her husband's work. They started a family to include son, Kirk and daughter, Kim.

Throughout her years in Maine, she worked at Bair's Driving School, IBM, MHR Sheet Metal and became an insurance agent in 1990. Her last job in retirement years was for Maine Tourism Association as a travel consultant.

Making a lot of friends along the way, Lois's many civic activities included being a 4-H leader, being involved with the Penobscot County Extension Association, and being involved with the Republican Party including being the Penobscot County Chair and the Vice Chair of the State Republican committee, Maine Federation of Republican Women, and Altrusa International. Lois enjoyed bowling at Family Fun Lanes and growing a huge garden with her husband.

Lois was predeceased by her parents, her husband of 35 years and four siblings Sarah, John and wife Marjorie, Helena and husband Olaf, Frances and husband James, and brother-in-law Edward Degoski. She is survived by her sister, Doris Degoski; son, Kirk and wife, Ashely; daughter, Kim and husband, Mark Gray; four grandchildren, Ashley and Alexander Bloomer, Owen Ernest and Seth Dales Gray; and numerous nieces and nephews. Lois was extremely proud of her grandchildren and their accomplishments. Lois will be missed by her cats and grand-dog Odin.

For the past seven years Lois has been fighting Metastatic Breast Cancer and has received treatment in Philadelphia as well as Chicago at Cancer Treatment Centers of America. For the past year Lois has been treated at Alliance Cancer Specialists and Jefferson University Health System, Bensalem, Pennsylvania. The family would like to thank Dr. Jeffery Hoag and Dr. Sramila Aithal, as well as Nurse Christina Murray and the rest of the staff at CTCA Philadelphia, for their expert care of Lois. The family would like to especially thank PALS and the volunteer pilots for transporting Lois to Philadelphia and Chicago for treatment countless times.

In lieu of flowers, please consider making a donation to Patient Airlift Services in Lois's memory at palsservices.org.