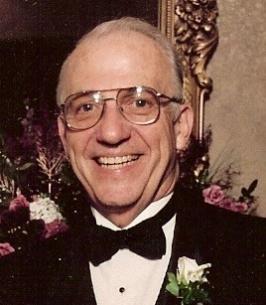 Charles H. Milan III
Brewer
Charles H Milan III, 86, passed peacefully July 16, 2022, at home surrounded by his loving family and special companion, Maggie Kelley. Charlie was born in Bangor on July 14, 1936, the son of Charles Milan and Anna (Joslyn) Milan. Charlie was brought up by his grandparents, Charles H Milan and Bridget (Kelleher) Milan. He was educated at Saint Mary’s Catholic School, John Bapst High School, and Saint Anselm College. After two years of service in the United States Army at Fort Dix, NJ, he returned home to Bangor and married Marie G Gosselin. Together they started a family and built Bangor Brewer Bowling Lanes in 1962. Charlie was known as the “King of Candlepin Bowling”. He won his first Professional Tournament at age 17 in 1953 and won his last Professional Tournament at age 78; with 23 State Singles Championships, 7 World Championships and hundreds of 1st place finishes over the course of 7 Decades. Charlie is named by Sports Illustrated as one of “The 50 Greatest Sports Figures From Maine”. Charlie was an active member and past President of the Maine State Candlepin Bowling Association and International Candlepin Bowling Association. Charlie is in the Maine Sports Hall of Fame, and has been inducted twice into the Candlepin Bowling Hall of Fame, for his Bowling ability and for his Contribution to the Sport. Charlie was always very active in his community and served on many Boards, Committees and Commissions; he particularly enjoyed his years of service as a Maine State Liquor Commissioner and being a founding Board Member of the Hope House. Charlie was very committed to Drug & Alcohol Prevention and Treatment and was a friend of Bill W for 45 years. Charlie’s family was the mainstay of his life, and he loved them dearly.

He is survived by his daughter, Dawn Marie MacKay and her husband Timothy, and their children, Jonathan, Joshua and Joseph; his son, Charles H Milan IV and his wife Julie, and their children, Hope and Charles “Henry” Milan V; his son, James Edward Milan and his wife Elizabeth, and their children, Olivia and Grace; and his son, John Fitzgerald Milan and his wife, Renee and John’s daughter Tiffany. He is also survived by his sisters Charlene King and Judy Milan; his brother Dan Milan and their families; his nephew Ed Gosselin Jr. and wife Heidi; and many nieces, nephews and great grandchildren; special family friend “Jimmy” Puiia; “Chip” Carson; and many bowling comrades and friends. Charlie was pre-deceased by Marie, his loving wife of 51 years; his parents Charles Milan and Anna (Joslyn) Milan; his grandparents Charles & Bridget Milan; his sister, Joan LaGasse, brother, John Coulton; and long-time family friend “Jimmy” Rist.

In lieu of gifts, Charlie’s desire was for prayers for a Kidney Donor for his grandson, Joshua. All are invited to attend a funeral Mass of Christian Burial at Saint Paul the Apostle Parish, Saint John’s Catholic Church, 217 York Street, Bangor at 11 a.m., Tuesday, July 26. At the request of Charlie, family & friends are invited to celebrate his life with a party at the bowling lanes after the funeral. Condolences to the family may be expressed at BrookingsSmith.com. To join the service via live stream, visit www.stpaulbangor.me/watch-mass-live.