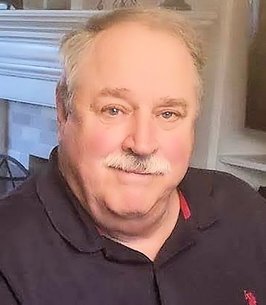 Scott F. Keniston, son of the late Donald Keniston and Doris (Johnson) Keniston, passed away quietly June 23, 2022 at the age of 75, after a brief illness. He was born November 5, 1946 in Portland, Maine.

Scott grew up in Portland, and met the love of his life Vicki (Alward) Keniston at the age of 15. They went through their years together at Deering High School where Scott graduated in 1965. After graduation, Scott enlisted in the Army where he trained in Special Forces and became a Green Beret. Scott also spent his time in the Army as a Medical Specialist, where he learned his love for the medical field. Scott married Vicki on August 3, 1968 in Portland, Maine. After an honorable discharge from the Army in 1970, Scott went on to earn his bachelor’s degree from University of Maine at Portland-Gorham.

Scott and Vicki had their only child, Gretchen, in 1972. Scott went on to have a long career in pharmaceutical sales and ended his career as a regional sales manager for Affiliated Healthcare Systems in Bangor.

Scott was an avid outdoorsman. He loved hunting, fishing and boating. He spent 50 years in the sport of falconry where he became one of a small group of Master Falconers in the State of Maine. The sport took him across the country on many hunting adventures with friends. He advocated for the sport of falconry and for wildlife conservation in legislative hearings at the State House in Augusta on a regular basis. Scott was also very actively involved in the Howard Lodge #69 A.F. & A.M. and as an Anah Shriner. He was very proud of the work he did with new members and in the organizations over the years.

Scott is survived by his wife of 53 years, Vicki, his daughter Gretchen and her husband Mark, two very special grandchildren Zack and Kacey, who he loved dearly and was so proud of. He is also survived by brother Andrew Keniston and fiancé Tracey Harris of Scarborough, brother Guy Keniston of Old Orchard Beach, sister Joyce Small of Bridgton and many cousins, nieces and nephews that he loved to visit with in Southern Maine.

Scott was predeceased by his parents, and sisters Laura Keniston and Joyce Keniston.

Friends and family may visit on Wednesday July 6th, from 4-6pm at the Hampden Gilpatrick Chapel of Brookings-Smith, 45 Western Ave. There will be a separate graveside service for the family at a later date.

Those wishing to remember Scott in a special way may contribute in his memory to the Shriners Hospitals for Children, c/o Anah Shrine Center, 1404 Broadway, Bangor, ME. 04401.
Condolences to the family may be expressed at BrookingsSmith.com.

This obituary is protected by copyright by Hampden. Proudly Serving the Community of Hampden. Hampden is located in the state of Maine, United States.