To share your memory on the wall of Warren A. Mitchell, sign in using one of the following options:

Provide comfort for the family by sending flowers or planting a tree in memory of Warren A. Mitchell

Provide comfort for the family by sending flowers or planting a tree in memory of Warren A. Mitchell

Warren graduated from Brewer High School, class of 1964. After graduating UMPI with a degree in... Read More
Warren died unexpectedly at home Saturday, April 3, 2021. He was born August 13, 1945 in Bangor, Maine, son of Albert and Kathleen Mitchell.

Warren graduated from Brewer High School, class of 1964. After graduating UMPI with a degree in electrical engineering, he joined the Army where he served as a cook, then later served in the National Guard with the Military Police. Warren had a long career with New England Telephone, and later Verizon, retiring in 1998. Never one to “officially retire” he then went on to establish his own businesses, Kings Mountain RC and Once Upon A Triumph. He also enjoyed dabbling in antiques with his friend Cindy. He loved riding motorcycles, “wheeling and dealing”, and spending time with family. Warren was known as a hard worker, clever prankster, master negotiator, skilled cribbage player, ice cream lover, collector of railroad memorabilia, and enjoyed even the most casual conversation with a stranger.

Surviving in addition to his father, Albert “Bud” Mitchell of Eddington are his daughter, Staci Kothman and her husband Brian, and his daughter Wendi Mitchell-Mooney and her husband James. Siblings, Mary Louise Mitchell and her brother Norman and his wife Sue Mitchell. His special grandchildren, Emily and Jack Watkins, and Madi and Hunter Arno. He was looking forward to the birth of his first great grandchild, Wesley James Palmer, due in June. Warren remained close with the mother of his children, Cheryl Nason. He was predeceased by his mother, Kay Mitchell.

A Celebration of Life gathering will be held 5-7pm Tuesday, April 13, 2021 at the Family Reception Center of Brookings-Smith, 163 Center St., Bangor. In lieu of flowers the family asks for donations to establish a vocational school scholarship fund in honor of Warren’s life. A GoFundMe has been created for this purpose. Condolences to the family may be expressed at BrookingsSmith.com.
Read Less

We encourage you to share your most beloved memories of Warren A. here, so that the family and other loved ones can always see it. You can upload cherished photographs, or share your favorite stories, and can even comment on those shared by others.

Posted Apr 09, 2021 at 06:45pm
Sorry to hear about Warren's passing. We knew him well at the phone company and in Brewer. He is resting in Heaven with God and all the family that preceded him. Cherish all the memories for they will last a lifetime. Your are in our thoughts and prayers.
Comment Share
Share via: 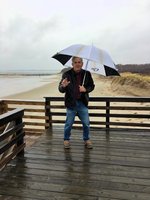 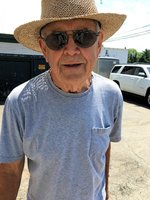 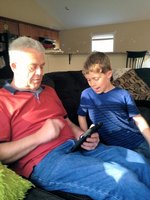