To share your memory on the wall of Chris Herrick Danforth, sign in using one of the following options:

He was educated at Brewer Schools, graduating from Brewer High School class of 1962. He went on to further his education at the University of Maine Orono, graduating with a degree in business in 1967. Chris spent many years working for NH Bragg while raising a family in the Fairmount neighborhood of Bangor, and then in Hampden. Later on, Chris was employed by Amicus of Maine.

Chris had a love for the outdoors. He particularly enjoyed fly fishing for Landlocked Salmon. He didn't play them long, brought them in fast, but respecting the fish, he followed their lead and never broke a line. Chris suffered from many bouts of illness throughout his lifetime. As a young man he developed rheumatic fever, which lead to poor heart function and later strokes. He also survived both prostate and kidney cancer. Because of his strokes, his ability to communicate was impacted. He had a knack for bluntness, and could let you know how he felt using maybe one or, perhaps, two words. Often, a resounding “NO” or “oh geez” would be followed by a chuckle. Chris was handsome, with thick black hair turned white with age, stood tall and straight despite the world often trying to knock him down. He was resilient, a fighter, and in his final days at home he knew it was time.

He is survived by his beloved sister, Lynda (Danforth) Quigley and spouse, Tony Quigley of Hanson, Massachusetts; by his two sons, Stuart Todd Danforth and spouse, Trish (Hass) Danforth of Westminster, South Carolina. Mark Danforth and spouse, Theresa (Wysocki) Danforth of Bangor. He had nine grandchildren; one great-grandchild and one more on the way. He will be missed by many nieces and nephews as well. He was predeceased by his parents; ex-wife, Janet Elliott Danforth; and by his daughter, Christie “Sissy” (Danforth) Wallace.

The family would like to extend a special thanks to all the health professionals who helped him over the years, including Northern Light hospice, and especially to the staff of the Northern Light anticoagulation clinic who managed and cared for his health for so long.

Those wishing to remember Chris in a special way may make a donation in his memory to a charity of their choice.

A Memorial Reception will be held 2-4 p.m. Saturday, January 16, 2021 at the Family Reception Center of Brookings-Smith, 163 Center St., Bangor. Words of remembrance will be shared starting at 2:30 p.m. Please be mindful of others by practicing social distancing, wearing a face covering, that staff will be conducting contact tracing, and be aware that the number of people allowed in the building at one time is limited. Those wishing to live stream the service may do so at BrookingsSmith.com and click the link on available live streams. Condolences to the family may be expressed at BrookingsSmith.com.
Read Less

We encourage you to share your most beloved memories of Chris Herrick here, so that the family and other loved ones can always see it. You can upload cherished photographs, or share your favorite stories, and can even comment on those shared by others.

Posted Jan 19, 2021 at 11:46am
Our deepest sympathy to all of Chris's family. we met Chris at Brewer exercise and he became our dear friend. He will be greatly missed. Bob and Julia Lobley
Comment Share
Share via:
M

Posted Jan 16, 2021 at 11:03am
Please accept ourcondolences to all of you who had the fourtune to know and have the Chris Danforth experience! Chris was a big part of my life at NH Braggs and was instrumental in making me feel a part of the company. He also remained a friend for the many years after we left the company. We always enjoyed seeing and talking with each other. He is part of my good memories in life! I will be donating in his memory to two charities. With deepest sympathy, Merton (Rick) and Karen Bagley
Comment Share
Share via:
LS

Posted Jan 14, 2021 at 12:20pm
I graduated with Chris at Brewer HS in 1962. He was a great guy and always attended our class reunions.
He also would visit me occasionally at Center Drive School in Orrington where I was Principal for 21 years.
It was always a pleasure to see him and talk with him.

As a side note my uncle and aunt bought the camp at Spring River Lake back in the late 1960's. the original
camp burned down and a new camp has been built. I have spent many days and nights there and I always
think of the connection with Chris when I go there.

I will miss him. 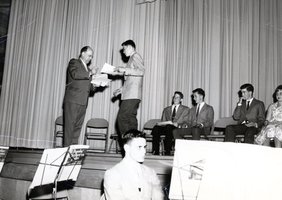 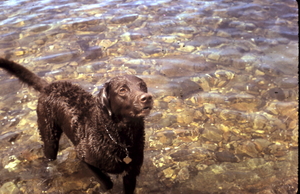