To share your memory on the wall of Andrew Hess, sign in using one of the following options:

Loving husband, father, son, brother, nephew, uncle, and friend extraordinaire, Andrew Perry Hess 39, died unexpectedly at his home in Hampden on December 27, 2020. His passing leaves a deep sense of sadness to those he leaves behind, and he will be greatly missed.
Andrew was born in Bangor, Maine, on November 12, 1981, to Alan P. and Rhonda M. Hess. A proud member of the Bangor Rams football team, Andy graduated from Bangor High School, with the Class of 2000. He continued his studies at the University of Maine, Orono, earning a degree in Business Administration with a focus in Finance, in 2004. Andrew next journeyed to Portland where he dove into an award-winning and successful career with Ameriprise Financial to later join with his father with Financial business in Bangor.

Andrew was a hard worker, devoted husband, father, and family man. He doted on his beloved "Cake", making “J-engine” laugh with his silly nicknames and playful spirit. The twins were filled with glee every time he entered the room, and he would scoop them up, seamlessly transitioning between his professional and familial roles. Andy always made time to enjoy the outdoors or host a BBQ gathering with family and friends. As an avid hunter and fisherman, he especially enjoyed treks through the Maine woods with his dad, brothers, and friends; catching the perfect fish, often bigger by story than fact. He relished his time at the family camp on the waters of Green Lake or watching whatever sport was in season. Andy also believed in giving back to his community by donating his time working on behalf of children, as Guardian ad litem and volunteering at local food pantries. Andy was always surrounded by people who were attracted to his engaging personality, his generosity, and his zest for life.

Our Andy (aka "Phatty" to many) is survived by his beautiful wife, Jennifer Kunz Hess; and 16-month-old twin sons, Alexander William and Hunter Ellsworth; his mother, Rhonda Mitchell Hess and partner, Charlie Sargent; father, Alan Perry Hess, and wife, Sheila; He leaves behind his brother, Jerry and his wife, Katya and their two children, Olivia and Henry; his sister, Julia and her son, Carter; his brother Stephen, his wife, Olya and Steve's two children, Kristina and Daniel; In-laws Jon and Julia Kunz; Christine and Sam Kettani, and their son Omar; Jon and Karen Kunz and their daughters Everly and Amelia; and a multitude of loving aunts, uncles, cousins, and friends. Andy was predeceased by his grandparents, Rosalyn and Gerald Mitchell, and Barbara and John (Pete) Hess.
Services will be private, at Brookings Smith Funeral Home. A summer memorial will be planned, date TBD.

In lieu of flowers, those who would like to make a tribute in Andrew's memory, and towards his children's future, may please visit:
Read Less

We encourage you to share your most beloved memories of Andrew here, so that the family and other loved ones can always see it. You can upload cherished photographs, or share your favorite stories, and can even comment on those shared by others. 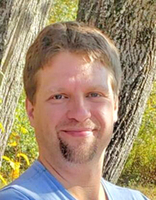 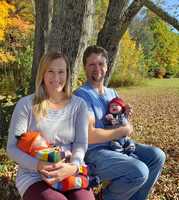