To share your memory on the wall of George Fulcher, sign in using one of the following options:

We encourage you to share your most beloved memories of George here, so that the family and other loved ones can always see it. You can upload cherished photographs, or share your favorite stories, and can even comment on those shared by others.

Posted Sep 29, 2020 at 10:07am
Condolences to Bonnie.Bill and family. George had a lot of wisdom. Always enjoyed listening to his experiences of being a gunner and the Missions he was on. The pilots considered George to be good luck. Now your on your final flight to the Mansion in the Heavens where you'll be with Loretta again. GOD BLESS, an old friend Dave W. S. 🎹
Comment Share
Share via:
L

Posted Sep 28, 2020 at 11:48pm
When visiting Bill, Bonnie, Matt and George I enjoyed listening to George play the organ! He was given a great gift. Thank you for your service from one Air Force veteran to a Army/Air Force veteran. You will be missed.
Comment Share
Share via: 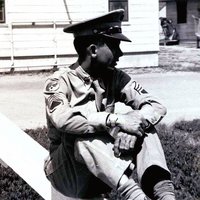 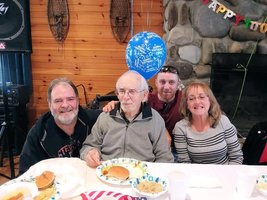 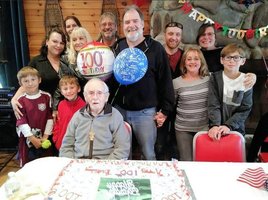