To share your memory on the wall of Carrie Sabin, sign in using one of the following options:

Print
BANGOR - Carrie H. (Schneider) Sabin, died September 26, 2020, at home in Bangor, ME, after a brief illness under the care of CHCS Hospice, with her attentive daughter, Gail, loving grand-daughter, Jo-Ellen and her faithful canine companion, Finnegan... Read More
BANGOR - Carrie H. (Schneider) Sabin, died September 26, 2020, at home in Bangor, ME, after a brief illness under the care of CHCS Hospice, with her attentive daughter, Gail, loving grand-daughter, Jo-Ellen and her faithful canine companion, Finnegan by her side. She was 94 years of age. She was born November 5, 1925 in Bangor, ME, the daughter of Mabel (McAllister) Schneider of Boston, MA and Harry Schneider of Odessa, Russia.When Carrie was a young girl, she performed with her vaudevillian father, singing and dancing at various clubs in the New England area. She also sang on the local radio station as Little Carrie Schneider. Carrie Sabin is an alumni of Bangor High School, Class of 1942. She was married to her husband, Alton F. Sabin Sr. for 60 years, whom she met through Alton’s sister Shirley (Sabin) Jordan and they were married on March 7, 1941. Her husband served in the U.S. Army during World War II, in the Pacific theatre. They were also stationed at Fort Sill, OK and after leaving the Army, the couple returned to Bangor, where they raised their family and he worked as a letter carrier for the U.S. Postal Service until retirement, whereupon Carrie opened her own printshop, Sabin and Son’s Offset Printing, working out of their family home.Carrie cared for her son, Brent, who was born with (tetralogy of fallot) also known as four major defects of the human heart. She was an inventive and forward thinker, when it came to her son’s medical needs. She was the first person to request insulated ice skates for her son from a Canadian manufacturer so that he could participate in winter activities with the other children. They agreed and Brent was made his own pair of insulated skates, and now all children enjoy this option. She took on many menial jobs to provide financial assistance to pay for new and experimental procedures in the cardiac unit at Children’s Hospital in Boston.In 1959, Carrie traveled across country in a station wagon with her husband, children and a neighbor’s child to visit Yellowstone National Park. The family traveled to the Bad Lands of South Dakota. During a family emergency, Carrie met Mercy Chief Bear a Native American of the Sioux tribe. Mercy Chief Bear handmade Carrie a pair of genuine Sioux moccasins, while they shared a room in the Maternity Ward. While Carrie was still in the hospital her family was invited to a church supper where they feasted upon rattlesnake.During her lifetime, Carrie enjoyed a career as a freelance commercial artist. She helped make costumes and painted the scenery and props for many productions shown at Fruit Street School. She was a Den Mother for the Cub Scouts and also a Girl Scout Leader. Carrie hated to sew but was exceptional at it. She made her own paper patterns, sewed her own children’s clothes and made many extravagant costumes for her children and granddaughters. She was also commissioned to make several wedding dresses, including her daughters’ Carol and Gail, along with her niece’s, Mary. Carrie enjoyed furthering her education throughout her life, and would take additional night classes, such as Chinese Cooking and computer processing.In her later years at the Hammond Street Senior Center, she was well known for her acrylic paintings of Maine’s popular landmarks. Carrie was an avid traveler. She traveled to many unique and exotic locations, such as the Caribbean, Hawaii, New York City, Washington D.C., Florida, San Francisco and Boston. For her 80th Birthday she enjoyed a cruise to Alaska traveling up the inside passage. She flew via helicopter to the top of Mendenhall Glacier where she mushed the doggies.Carrie made the decision to return to school and she attended the University of Maine School of Education at Orono. She was a proud member of the Class of 1988. She graduated with high honors, and was on the Dean’s List during her tenure and received the Presidential Pin and the Academic Achievement Award. She was a member of the Kappa Delta Phi National Affiliated Sorority. While attending the University of Maine at the age of 63, she traveled by van with other college students to Moose Cree in Hudson Bay to study the Cree, also known as Moosonee and polar bears.
She is predeceased by her husband, Alton F. Sabin Sr.; daughter, Carol Fay Travis; son, Brent G. Sabin, infant daughter, Roseann Sabin; great-grandson, Brent H. Sabin; her parents, Mabel and Harry Schneider; infant brother, Glendon Schneider, brother, Carl Schneider, sister, Jeannette Rimpo, brother, Irving Schneider and sister, Greata Bernatche.She is survived by one son, Alton F. Sabin, Jr.; daughters, Cauline A. LaFrance, Caren L. Jacks, Gail L. Sabin; her sister, Eleanor Ladd and several nieces and nephews. She is also survived by her grandchildren, Daniel Parker, David Parker, Jo-Ellen Schumacher, Buster LaFrance Jr., Charles LaFrance, Jessica Sabin, Jennifer Sabin, Bethany Travis, Mark Travis, Timothy Sabin, Erica Johnson and several great grandchildren and one great-great grandchild.Carrie Sabin led a full and exciting life. We fully expect Carrie to step-ball-change and time step her way into heaven. A graveside service will be held 1:00 p.m. Saturday, October 3, 2020 at the City section of Mt. Hope Cemetery, Mount Hope Ave., Bangor. Those wishing to live stream the service or leave condolences to the family may do so by going to BrookingsSmith.com Please be mindful of others by practicing social distancing, wearing a face covering, and staff will be conducting contact tracing.
Read Less

We encourage you to share your most beloved memories of Carrie here, so that the family and other loved ones can always see it. You can upload cherished photographs, or share your favorite stories, and can even comment on those shared by others.

Bethany and Mark, Love, Caren, and other have sent flowers to the family of Carrie H. Sabin (Schneider).
Show you care by sending flowers

Bethany and Mark purchased flowers for the family of Carrie Sabin. Send Flowers 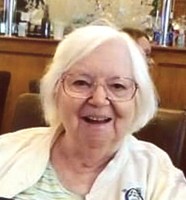 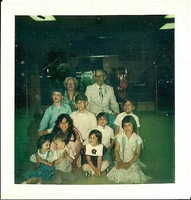 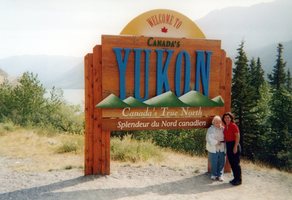