To share your memory on the wall of William Schoolcraft, sign in using one of the following options:

Print
William “Bill” D. Schoolcraft, 75, died June 8, 2020 at Bangor Hospital after a brief battle with cancer. He was born in Suffern, N.Y., the son of Cornelius and Marguerite (Lueck) Schoolcraft.

The family moved to Freedom, Maine, in t... Read More
William “Bill” D. Schoolcraft, 75, died June 8, 2020 at Bangor Hospital after a brief battle with cancer. He was born in Suffern, N.Y., the son of Cornelius and Marguerite (Lueck) Schoolcraft.

The family moved to Freedom, Maine, in the early 1950’s, where his parents owned a store. They later moved to Bangor, where Bill graduated from John Bapst H.S. in 1963. He received a B.S. in Mathematics from UMaine in 1968. Following graduation he served with the U.S. Army, and did a tour of duty in Vietnam with the 82nd Airborne Division. After leaving the Army, he returned to UMaine and received a B.S. in Engineering Physics in 1973. In August of 1973, he married the love of his life, Sheila Thompson of Limestone. He and Sheila first lived in Hyannis, Massachusetts before relocating to Yarmouth, Maine. The family then moved to Dixfield, and later to their current residence in Garland.

Bill worked for 31 years as a Professional Engineer in the nuclear power and paper industries. He then taught mathematics for ten years at Narraguagus H.S. in Harrington, Maine. Bill was a member of the American Physical Society, a retired Maine Board basketball official, and a 50-year member of the Unity Lodge #58, AF & AM of Thorndike, Maine.

He will be remembered for his sense of humor, his love of fishing and camping, and his lifelong dedication to science and learning. He particularly loved high school and college basketball. He was an amateur astronomer and was always interested in the latest discoveries in astronomy and physics.

Bill was predeceased by his parents, his sister Cecilia Yeaton, and his niece Cecily Yeaton. He is survived by his wife Sheila of 46 years, his children Patrick Schoolcraft of Los Angeles, Joshua Schoolcraft and wife Morgan of Los Angeles, and Sarah Wiley and husband Dan and their child Theresa Wiley of Pekin, Illinois. He is also survived by sister Eleanor “Egee” Landers and brother-in-law M. Bruce Yeaton.

Burial will be private. A funeral mass will be announced at a later date after the threat of COVID-19 has passed.

In lieu of flowers, those who wish to remember Bill in a special way may make gifts in his memory to the Good Shepherd Food Bank (https://www.gsfb.org/get-involved/donate/) or to the Safe Place Food Pantry (P.O. Box 179, Charleston, ME 04422). Condolences to the family may be expressed at www.BrookingsSmith.com.
Read Less

Posted Jun 16, 2020 at 09:52am
To Sheila and family, so sorry to read about Bills passing. A long time has passed since first meeting you folks on the Coolidge Rd with sincere condolences thoughts and prayers to you all
Comment Share
Share via:
FC

Posted Jun 16, 2020 at 09:38am
Shiela and family, Very sorry to read about the death of Bill. I remember you from our time in Yarmouth. I will be celebrating Mass for him tomorrow (6/17/2020). Fr. Roger Chabot
Comment Share
Share via:
DT

Posted Jun 16, 2020 at 07:59am
Shiela & family—So sorry to read of Bill’s passing. We remember your time in Dixfield fondly. Thinking of you all. Butch & Donna Towle

Posted Jun 16, 2020 at 06:21am
Our sympathies to Sheila and family, We have many memories of Bill and the family from when they lived in Dixfield. Bev and Pete Glover.
Comment Share
Share via: 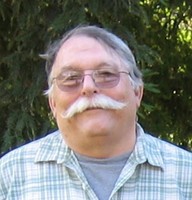