To share your memory on the wall of Francis Gabbianelli, sign in using one of the following options:

Print
DIXMONT & RIDGEFIELD, CT – Francis “Frank” Gabbianelli, passed away unexpectedly March 28, 2020, at the age of 68. Frank was born November 6, 1951, in Norwalk, CT, the son of Peter and Jane (Crozier) Gabbianelli.

Frank grew up as one of four siblings in Ridgefield, CT. During the summers he and his family would travel to Lee, Maine to their summer home on Silver Lake. This is where his love of Maine began to grow.

In 1969, Frank graduated from Ridgefield High School, and following graduation he enlisted in the U.S. Navy. He was stationed in Illinois, and was eventually sent to Vietnam where he served three tours of combat duty. In 1974, he returned stateside and enrolled in the University of Maine where he earned a bachelor’s degree in Agricultural Engineering in 1978.

It was when he returned stateside that he reconnected with the love of his life, Joanne (Nisbett) Gabbianelli. Frank and Joanne met when they were children at Silver Lake in Lee, having homes on the lake very close to one another. They would take many adventures together as children where they developed a close friendship. When Frank returned from the War, he met Joanne once again, and their love story began. They were married on August 20, 1977.

After graduating from the University of Maine, Frank accepted a job at St. Regis Paper Mill in Bucksport where his paper making career began. He had an illustrious career in the paper making industry where he managed several paper mills both in Maine and Connecticut. He was an active member in PIMA (Paper Industry Makers Association), and was honored with the prestigious Couch Pit award given to outstanding papermakers for their contributions to the paper industry.

Once retired, Frank was able to fulfill another passion as part of the Jackson Volunteer Fire Department. He spent countless hours at the Jackson Fire Department working to train others, making sure equipment was up to date, attending meetings, and helping to keep things in order.

Frank had a love for life. He was extremely generous, had a kind heart and a wonderful sense of humor. He was always very active whether out fishing, being on his tractor, playing golf, building things, or doing what he loved most which was spending time with family. He considered many people to be part of his family.

In addition to his parents, Frank was predeceased by his sister-in-law, Anne Marie (Rogers) Gabbianelli; his father and mother in law, Maurice and Kathleen Nisbett; and his niece, Angela Daigle. He is survived by his loving, caring wife, Joanne Gabbianelli of Dixmont, his daughter, Erica Gabbianelli of Brewer; son, Nick Gabbianelli and wife, Danielle of Bangor; sister, Mary Jane Coleman and husband, Greg of Waldo; brother, Ed Gabbianelli and his companion, Carol of Ridgefield, CT; sister, Anne Gabbianelli and her companion, Phil of Winterport; nephew, Chris Coleman, wife Caryn, and their children Camilla, Quinn, and Alcy of Waldo; nephew, Michael Gabbianelli of Ridgefield, CT; nephew, Donovan O’Reilly of Hampden; brother-in-law, James Nisbett and wife Sherri, and their daughter Staci; sister-in-law, Peggy Daigle her husband, Maurice, and their daughter Keli; sister-in-law, Debbie Keiser and her husband, Bob. In addition to his immediate family, he is also survived by close friends who became family, Mike and Susan Laferriere of Dexter; Heather, Greg, Hadley, and Hannah Molind of Woburn, MA; and Hillary Laferriere of Manchester, NH; as well as several other very close cousins, friends, and neighbors whom he loved dearly.

A Funeral Mass will be held at St. Paul the Apostle Parish, St. Matthew’s Catholic Church, 70 Western Avenue, Hampden, at a date and time to be announced in the future. Interment with military honors will be in Dixmont Corner Cemetery, Dixmont. Those wishing to honor Frank in a special way may make donations in his name to the Jackson Fire Department Attn: Donald Nickerson, Fire Chief 730 Moosehead Trail Jackson, ME 04921. Condolences to the family may be expressed at www.BrookingsSmith.com.
Read Less

We encourage you to share your most beloved memories of Francis here, so that the family and other loved ones can always see it. You can upload cherished photographs, or share your favorite stories, and can even comment on those shared by others.

Posted Jul 25, 2020 at 09:39am
Dear Family of Francis,
You are in my Heart and Prayers, as you put your Loved One to rest today.
With Deepest, Sympathy,
Jeanne Lermond
Comment Share
Share via:
MC

Posted Apr 05, 2020 at 07:07pm
Frank's family,
Our condolences to all of you. Thinking of Frank brought back fond memories of PIMA meetings. Frank was a nice guy and fun to be around. He will be missed. All of you are in our thoughts and prayers at this time of sadness.
Rob and Mary Cady
Comment Share
Share via:

Posted Apr 05, 2020 at 04:12pm
To the family....so sad to hear about Frank. We hope you know we wish we could help make this time less sad and stressful. Such a nice guy, fun to be around and he certainly loved you all. Vince and Jody .
Comment Share
Share via: 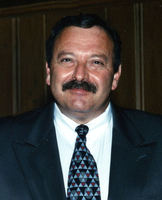