To share your memory on the wall of Linda Ireland, sign in using one of the following options:

Provide comfort for the family of Linda Ireland with a meaningful gesture of sympathy.

In addition to her parents, she was predeceased by her son, Dennis W. Ireland.

A memorial service will be held at a future date and time to be announced.

Those who wish to remember Linda in a special way may make donations in her memory to the Bangor Humane Society, 693 Mt. Hope Avenue, Bangor, Maine 04401.

We encourage you to share your most beloved memories of Linda here, so that the family and other loved ones can always see it. You can upload cherished photographs, or share your favorite stories, and can even comment on those shared by others.

Plant a Tree in Memory of Linda
Plant a tree
0 trees have been planted in memory of Linda M. Ireland (Curtis)
LH

Posted Apr 03, 2020 at 11:52am
It was with sadness, I learned of Linda's passing. However, she is free. It was my pleasure to know Linda, as we both belonged to Penobscot County Conservation Association together. She smile would always light up any room and when she laughed it was like getting a hug. She raised a good family, worked hard and lived a good life. I know her family will miss her greatly. May she soar with those friends and family who have gone before her. She sure earned her wings and may she be at peace! My deepest condolences to her all her family and especially her husband Dick!
Comment Share
Share via:
BD

Posted Apr 03, 2020 at 10:26am
Jim and Libby,
So sorry to hear of your mother’s passing. It is so hard to say goodbye... I pray that your memories will bring you great comfort. Take good care of each other. I’ll be praying for you.
Brenda Daigle
Comment Share
Share via: 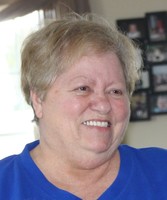