To share your memory on the wall of Brian Jordan, sign in using one of the following options:

The Duke was a kind and generous soul, who like so many, struggled for a long t... Read More
Brian J. Levesque Jordan, “The Duke”, 33, died of an overdose on January 10, 2020, in Brewer, Maine, son of Terry Levesque, and step-father, Joe Strout.

The Duke was a kind and generous soul, who like so many, struggled for a long time in his battle with addiction. Brian was working hard the last two years at sobriety, and his family is deeply saddened that he is now one of the many who has fallen to this terrible disease. Brian spent his first ten years in Seal Harbor, where he enjoyed playing with his neighborhood buddies. At ten he moved with his mother, Teresa Levesque, and his brother to Trenton, on family land known by many as, “The Farm”. There he learned the trade of ground fishing and musseling aboard the F/V Thunder Bay alongside his grandfather, Victor Levesque, great-uncle, Peter Levesque, and uncle, Timothy Levesque. Brian would venture off to many other shores, working on herring boats and other offshore fishing vessels, but in the end, he returned to the Farm, a place where he could always find family and love. Brian loved the seas and he always wanted to live near them and work them. He was well respected in his fishing and family community. For those who knew him, he carried a spark in his eye and a smirk that could bring a smile to even the most hardened of hearts.

In addition to his mother and step-father who loved him as his own, Brian is survived by his brother, Jason Jordan and loving wife, Carrie; step-sister, Joelle Ingalls and family; grandmother, Dorothy Leveque; uncles, Peter Levesque and family, Timothy Levesque and loving partner, Laurie Gray; aunts, Linda Levesque, and Jackie Levesque and their children; a kind and special friend, Josh Kane, who supported and helped him for many years; special friend, Kayla Lynk and her daughter, Alivia, who brought Brian a lot of joy as he saw her grow; and father, James Jordan. A special note and request from Brian’s mother, “As Brian’s mother I have worried for too long that he was not going to win this fight. Instead of flowers or donations, I would appreciate if anyone who knew him could send me a card with a story of Brian.” Cards can be sent to 9 Duck Pond Road, Trenton, ME 04605. Condolences to the family may be expressed at BrookingsSmith.com
Read Less

We encourage you to share your most beloved memories of Brian here, so that the family and other loved ones can always see it. You can upload cherished photographs, or share your favorite stories, and can even comment on those shared by others.

Plant a Tree in Memory of Brian
Plant a tree 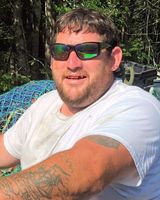