To share your memory on the wall of John Skehan, sign in using one of the following options:

He was born in Cambridge, Mass., Jan. 5, 1929, son of William J. and Evelyn (Bowden) Skehan. He grew up in Eastport and started working at the age of 12 in his Great-uncle Oscar Brown’s various businesses. In 1946 he graduated from Shead Memorial High School in Eastport and enlisted in the U.S. Army Air Force for 3 years, serving two years in Japan and China. While stationed in Peiping, China (now Beijing) as an Intercept Control Technician, he instructed Nationalist Chinese Air Force Officers in radar flight control. This experience led to his decision to pursue a career in education.

After an honorable discharge from the U.S. Air Force in Aug. 1949, John enrolled in the Washington State Teachers College in Machias, now the University of Maine at Machias. Summers were spent in Eastport working for the railroad and local airport, where he traded his work for flying lessons in order to earn his private pilot’s license. As a freshman in college, he met the love of his life, Patricia Anne Theriault, because their art history professor required students to sit alphabetically in class. They were married in Howland on Aug. 9, 1952 and both graduated with a B.S. in Education in June 1953.

John received his Master’s in Education in School Administration in 1954 from the University of Maine at Orono and then began his teaching career at the Abraham Lincoln School in Bangor (1954-55). He became a Teaching Principal at the Lewis Libby School in Milford (1955-56) and then moved to Caribou to be the Supervisory Principal at Damen Elementary School at Loring AFB in Limestone (1956-59). The next step on his career path led him to the Bath schools to become their first Director of Elementary Education (1959-64) and then Assistant Superintendent (1964-68).

From 1968-82 John was the Superintendent of Schools in MSAD 22 (Hampden, Newburgh, Winterport). During his 14 years in the school district, he worked to achieve many improvements in the areas of curriculum and the physical facilities. The Earl C. McGraw School was built for grades K-3. Athletic fields were constructed for baseball, field hockey and soccer. A new gymnasium and music facility at Hampden Academy was completed in 1977.

While at MSAD 22, John received his C.A.S. in Superintendency in 1972 from UMO. In 1981 he received his Doctorate in Educational Administration from the George Peabody College for Teachers of Vanderbilt University in Nashville, Tenn. His doctoral thesis, “School District Reorganization in Maine 1957-1980”, was a mere 501 pages. He also taught graduate courses in school finance and school law at the University of Maine on a part-time basis (1975-82).

In 1982, John retired as Superintendent and became an Associate Professor of Education at UMO on a full-time basis. For fourteen years he was a faculty member in the area of Educational Leadership in the College of Education. His students often remarked that he was “tough but fair and very practical” after taking one of his school law or finance courses. John assisted school districts throughout Maine by conducting feasibility and building utilization studies based on projected student enrollments. He retired from the University in 1996 and remained an Associate Professor of Education Emeritus. He continued to teach three courses each year until 1999 and acted as a professional mentor and advisor.

In 1986, the Board of Directors of MSAD 22 honored John by dedicating the Hampden Academy gymnasium and music facility as the John W. Skehan Center for Music and Physical Education. The University of Maine at Machias presented him with the “Distinguished Alumnus” Award in 2002.

John was considered Maine’s expert on issues such as education financing, school law and the state’s early efforts at consolidation. He was also instrumental in providing expert assistance to the Maine legislature on most of the major educational and education-related bills. He was a member of the Superintendents’ Advisory to the Maine Commissioner of Education. He was a member, VP, and President of the Maine School Superintendents Assoc. since 1963, member and President of the Penquis Supt. Assoc., member of the National Council of Professors of Educational Admin. (1983-94), Coordinator of the Penquis Regional Administrator Support System (PRASS) (1989-2014), and many more State and National organizations.

Family was always John’s top priority, even though his dedication to his career in education was a close second. He never missed any of his children’s sporting events, band and chorus concerts, piano recitals, or other special times. Camping trips, Bog Lake, trips to Boston, Quebec City, Expo 67, the NY World’s Fair, and the Theriault Family Reunions are only some of the family times that he loved and cherished. John also enjoyed reading, music, genealogy research, photography, and the Great State of Maine.

He was predeceased by his beloved wife, Patricia (Theriault) Skehan, his son, William E. Skehan, and his sister, Jane M. Skehan.

Relatives and friends are invited to call 5-7 p.m. Monday, December 30, 2019 at the Hampden Gilpatrick Chapel of Brookings-Smith 45 Western Ave., Hampden. A Funeral Mass will be held 11 a.m. Tuesday, December 31, 2019 at St. Paul the Apostle Parish, St. Matthew’s Catholic Church, 70 Western Ave., Hampden.
The Rite of Committal will be held in the spring at Locust Grove Cemetery, Hampden.

Those wishing to remember him in a special way, may make donations in his memory to the Edythe L. Dyer Community Library, 269 Main Road North, Hampden, Maine 04444. Immediately following the funeral mass, relatives and friends are invited to share refreshments and conversation at the
Skehan Recreation Center, 1 Main Rd. Hampden.
Condolences to the family may be expressed at BrookingsSmith.com.
Read Less

We encourage you to share your most beloved memories of John here, so that the family and other loved ones can always see it. You can upload cherished photographs, or share your favorite stories, and can even comment on those shared by others.

Posted Dec 30, 2019 at 06:58am
So very sorry to hear of the passing of Dr. Skehan; what a great man and educator. In over 50 plus years as a student and educator myself, I only ever had two other instructors that I feel rose to Dr. Skehan's abilities and genuiness. May you be comforted in his long life and may he rest in piece.
Comment Share
Share via: 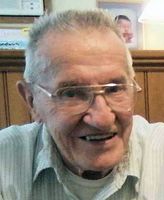 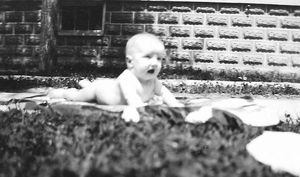