To share your memory on the wall of Burton Bankston, sign in using one of the following options:

Print
Burton Creed Bankston,73, died on December 10, 2019, at a Bangor hospital. He was born November 8, 1946, in Alexandria, Louisiana, the son of Andrew Burton Bankston and Estelle Rose (Jones) Bankston.

Burt was a Sgt. in the Air Forc... Read More
Burton Creed Bankston,73, died on December 10, 2019, at a Bangor hospital. He was born November 8, 1946, in Alexandria, Louisiana, the son of Andrew Burton Bankston and Estelle Rose (Jones) Bankston.

Burt was a Sgt. in the Air Force, stationed at Dow Air Force Base in Bangor, worked for many years at Bangor Hydro Electric Co., and after retirement became a medical courier for Uniship.

Burt is survived by his wife, Martha (Brough) Bankston, his daughter, Allison Bankston, and her husband, Gaylen Smith, of Brewer, as well as his sister, Nancy (Bankston) O’Dell of Pineville, LA, and two nieces: Marla O’Dell West and Andrea Laray O’Dell. Other dear family members include Stephen Lawrence, and Burt’s grandchildren and great-grandchildren: Kenzie Smith and her sons, Wesley and Max, and Parker Smith and his daughter, Rowan. He will also be missed by many cousins, great nieces and nephews, and family in New York.

A private, family memorial service will be held. Gifts in his memory may be made to the Bangor Humane Society, 693 Mt. Hope Avenue, Bangor, ME 04401. Condolences to the family may be expressed at BrookingsSmith.com
Read Less

Print
Services will be private for the family

We encourage you to share your most beloved memories of Burton here, so that the family and other loved ones can always see it. You can upload cherished photographs, or share your favorite stories, and can even comment on those shared by others.

Posted Dec 13, 2019 at 07:01pm
I remember visiting and spending time with my cousins as I grew up. As a family we would make the trip from Baton Rouge to Pineville and spend the day. I enjoyed running down the hill and just having fun. Last year when my sister said she was going to visit Nancy I was incllined not to go because I had my grandchildren that day. Well needless to say I changed my mind and we went. I am so glad I got to spend time with my cousins last year. I remember them pulling out a picture of Grandma Bankston and commenting on how much I looked like her. My prayers are with my family during this time.
Rhonda Bankston
Comment Share
Share via:

Posted Dec 13, 2019 at 06:58pm
Growing up we would go to Aunt Estelle's house and spend time with family. Just got to see him last year on a visit to Nancy. Burt will be missed.
Trudy Bankston Free, Wilson Bankston Jr (Bubba), Ed Free and family
Comment Share
Share via:
SR

Posted Dec 13, 2019 at 06:29am
Martha and Allison,
We send our sincere condolences, as you grieve Burt’s passing. May your treasure trove of wonderful memories be filled to overflowing, as you gather with family and friends. Blessings today and always.
Sharon and Harry Rideout
Comment Share
Share via: 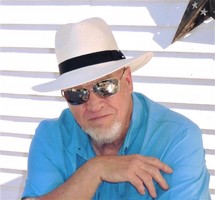