To share your memory on the wall of Steven Alvin Reynolds, sign in using one of the following options:

Provide comfort for the family of Steven Alvin Reynolds with a meaningful gesture of sympathy.

Steven graduated from Hermon High in 1968, the same year he married his high-school sweetheart, Flo. He went to EMVTI, graduating in 1970. Steven started working for his brother, Denny, at Paul Bunyan Exxon. He was the lead mechanic at Drinkwater's, which led him to open his own shop, Steve's Used Cars, in Hermon, until retirement. He enjoyed many years of racing and riding snowmobiles, hunting and especially fishing at his camp on East Grand Lake. He enjoyed the company of his fellow members of the I00F Lodge, of Hermon. In addition to his parents, he was predeceased by his sister, Roberta; brothers, Denny and Terry; special nephew, Timothy Reynolds; mother-in-law, Sylvia Rowell; sisters and brothers-in-law, Shelly and Butch Rowell, Barbara and Thayne Charters.

Surviving, in addition to his loving wife, Florence, are his father-in-law, Beecher Rowell; his sons, Brian and wife, Jennifer, of Levant, Todd and wife, Karen, of Portland; five grandchildren, Emily Hughes, Erica Cook and husband Lee, all of New Hampshire, Cody, Steven and Shelby, of Levant, Kate and Maya, of Portland; three great-grandchildren, Hayleigh, Bentley and Kennedy; two brothers, Ronald Sr. and wife, Donna, of Hermon, James and Gaynor, of Gorham; sisters-in-law Patricia “Pat” and Maggie; several nieces and nephews. He is also survived by two special boys, Scott Perkins and Michael Estes; and a special cousin, Darren Martin.

Relatives and friends are welcome to call 12:30-1:30 pm Friday, December 13, 2019, at Brookings-Smith 133 Center St. Bangor, where a funeral service will be following at 1:30 pm. The family invites relatives and friends to share conversation and refreshments at the Family Reception Center of Brookings-Smith, 163 Center St., Bangor, immediately following the service. Condolences to the family may be expressed at BrookingsSmith.com.
Read Less

We encourage you to share your most beloved memories of Steven Alvin here, so that the family and other loved ones can always see it. You can upload cherished photographs, or share your favorite stories, and can even comment on those shared by others. 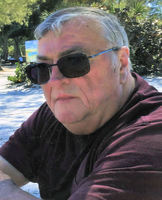 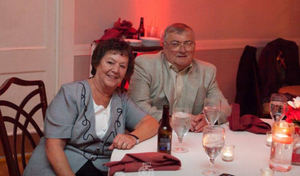 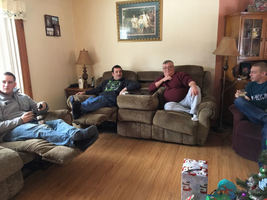 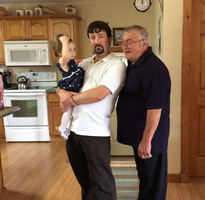