To share your memory on the wall of William Chute, sign in using one of the following options:

On Saturday December 7, 2019, William “Bill” Chute, loving father, husband, brother, grandfather, uncle, and friend, passed away at the age of 71 surrounded by his family. Bill was born June 16, 1948 in Everett, MA to William Chute and Ruth (Schwarzer) Chute. He attended Billerica High School and received his Associate Degree in Business Administration and Accounting from Andover Institute of Business.
Bill was a hard worker, starting his first job at ten as a newspaper delivery boy on his new red bike. He later worked for his brother-in-law Fred Hough and sister Judy (Chute) Hough at Billerica Automotive Supply, and he eventually became an Accounts Payable Supervisor at BASF in Bedford, MA.
Bill visited his sister Linda (Chute) Harriman and her husband Dennis and family in Maine for years. In 1984, Bill finally decided to move with his first wife Mary Ellen (Gilday) and daughter Heather to Vassalboro, Maine where they could lead a simpler life. The family lived in a camper on their land while their log cabin was completed, and Bill spent many hours assisting with the finishing touches on their home. After having a couple of jobs to make ends meet, Bill began working for the Maine State Department of Health and Human Services where he eventually became a Child Support Enforcement Officer. He retired from that position in 2011.
Bill met the love of his life, Nancy (Jordan) Chute, in June of 2007, and their whirlwind romance had them married that August. If anyone doubts the truth behind soulmates, they simply need to look to Bill and Nancy. Bill spent the last twelve years of his life entirely in love and happier than he’d ever been. Theirs was truly a match made in Heaven.
Speaking of love, Bill was full of it. His love for his daughter, Heather (Chute) Dillon, her husband Ed, and Bill’s two granddaughters, Flannery and Ly, was palpable. He supported them in all of their endeavors and attended every activity and performance in which they were involved. He was thrilled to gain even more family when he married Nancy, and he enjoyed bringing her sons, Craig and Colin Glass, and their families, Abby, Lyla, Evan, and Ella, into his fold. The family spent every holiday together, and Bill and Nancy never missed sending a card for every occasion. Every visit ended with a giant bear hug from Bill that the recipient could still feel hours later. Bill was a true model for what it means to be a family man.
Over the years, Bill enjoyed listening to the golden oldies and big band music, playing cribbage and poker with the guys, going on car cruises with his friends in the Acadia Region Corvette Club, visiting the peaceful shores of Moosehead Lake in Greenville, hanging out with his sweet dog Sadie, sharing his strong faith with his church family at East Eddington Community Church, and especially taking in the beauty of the White Mountains of New Hampshire. Bill had a great sense of humor and loved to laugh with others. His quick wit, dry humor, and hearty laugh brought joy to all who knew him and will be forever missed.
Bill was preceded in death by his parents William and Ruth, sister Linda, sister Dorothy, and brothers-in-law Fred, Scotty, and Ken. He is survived by his wife Nancy, daughter Heather, son-in-law Ed, granddaughters Flannery and Ly, sister Judy, in-laws Dennis, Rick, Martha Ann, Tim, Roberta, and Beth; special friends Tom and Marie, Dave and Carol, and Donn; stepchildren Colin and Craig and their families Abby, Lyla, Evan, and Ella; numerous nieces and nephews, and too many friends to count. A celebration of Bill’s life will be held at the East Eddington Community Church, 1410 Main Rd. Eddington, Maine on Saturday December 21, 2019 at 11:00 am. In lieu of flowers, the family requests donations be made to Crossroads Christian Camp, 33 Baldy Road, Bradley, ME 04411.
Condolences to the family may be expressed at BrookingsSmith.com.
Read Less

Posted Dec 11, 2019 at 04:45pm
I am so sorry to Nancy and family for your great loss. I am praying for you all in this difficult time, with much love, Beth Jordan
Comment Share
Share via: 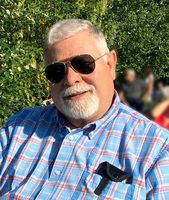 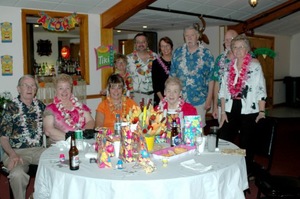