To share your memory on the wall of Joan Paula Gardiner, sign in using one of the following options:

Provide comfort for the family of Joan Paula Gardiner with a meaningful gesture of sympathy.

Print
Joan Paula Gardiner died November 23, 2019 at home with family by her side after a period of declining health. She was born July 20, 1929 in Danforth, Maine, the daughter of Paul Avon Thibodeau and Elsie Fern (Foster) Thibodeau. Joan grew up in Bang... Read More
Joan Paula Gardiner died November 23, 2019 at home with family by her side after a period of declining health. She was born July 20, 1929 in Danforth, Maine, the daughter of Paul Avon Thibodeau and Elsie Fern (Foster) Thibodeau. Joan grew up in Bangor and spent many happy childhood days with her cousins at the Thibodeau farm in Carroll. Music was always a part of these gatherings with her father and uncles playing the banjo and fiddle and all who gathered singing traditional hymns, folk songs and gospel music. Down through the years the family reunions have continued and now include the next generations who carry on the musical traditions, especially her daughter Debbie who sings at church and other special events. She graduated from Bangor High School in 1947 and enjoyed attending class reunions, even their 60th and beyond, and keeping in touch with old school friends. She attended Husson College in 1947, graduated from Westbrook Jr. College in 1949, and then worked at the University of Maine in Orono until she married Frank in 1951. Together they enjoyed an active social life with many cherished friends whom they met through community, volunteer, church, and career affiliations. Toastmaster trips and banquets when Frank would speak and compete with other members at various locations in New England and the Maritimes were especially fun. Joan and Frank had three children, Gail, Debbie, and Joel, and the most memorable family activity was the annual August camping trip to Prince Edward Island and other locations in the Maritimes (where daughter Gail would help navigate and set up the “rig”) for three or four weeks at a time. On these trips new friends were always made who would sometimes return to PEI with them the following year, and often Bangor friends and their families would join them in PEI for a few days of sightseeing, swimming, and clam digging. Joan and Frank were original season ticket holders for Maine Black Bear Hockey and she continued her love of attending games until physical limitations caused her to switch to radio and TV to follow it. She was proud that her son Joel (back in the day!) and grandson Andrew both played for the Bangor High School hockey team, and now great-grandson Dax plays on a youth hockey team in Massachusetts. Joan was a member of Bangor Faculty Wives during Frank’s teaching days, and Patawa Club, through which she was an original “play lady” at EMMC. She was a member of the East Orrington Congregational Church where she took pleasure in various activities as a member of Ladies Aid Group and Creative Crafters for the annual Christmas fair, and enjoyed the many friends she made at church. Joan loved nothing better than family and friend gatherings and especially being with her grandchildren and hearing about all their school days, jobs, accomplishments, and activities. Joan is survived by her three children Gail Joeckel and husband Galen Joeckel of Hermon, Deborah Leighton of Bangor, and Joel Gardiner and wife Judith Gardiner of Marblehead, MA; cherished grandchildren of whom she was very proud, Jessica Sabin, Jennifer Sabin Byrd and husband David, Alison Leighton Zirpolo and husband Robert, Andrew Leighton and wife Hannah, Alex Gardiner, Victoria Gardiner, Erik Joeckel and wife April; great-grandsons Dax Sabin and Logan Zirpolo; special Thibodeau, Foster and Gardiner cousins, nieces and nephews; “like family” Trish Sanders, Reverend Harold “Skip” and Peg Lloyd, Sue Tucker, Wayne Leighton, Darrell Leighton, Karen and Rodney Duplisea, and dear childhood friend Donna Thorburn. She was predeceased by her parents, husband Frank R. Gardiner, son-in-law Gary K. Leighton and his parents Bob and Doris Leighton. Friends are invited to visit with the family from 3 – 6 pm on Thursday, December 5th at Brookings Smith, 133 Center Street, Bangor where a funeral service will be held at 10 am on Friday, December 6 with Pastor Carl Schreiber officiating. Following the service all are welcome to share conversation and refreshments with the family at the Family Reception Center of Brookings-Smith, 163 Center St. Burial will be at Pine Grove Cemetery, Bangor. Gifts in Joan’s memory may be sent to East Orrington Congregational Church Music Fund, 38 Johnson Mill Road, Orrington, ME 04474. The family wishes to thank Sylvia Ross Home and Winterberry Heights both in Bangor for their tender loving care as her health declined.
Condolences to the family may be expressed at BrookingsSmith.com.
Read Less

We encourage you to share your most beloved memories of Joan Paula here, so that the family and other loved ones can always see it. You can upload cherished photographs, or share your favorite stories, and can even comment on those shared by others.

Jonathan Lo and Dean Miller have sent flowers to the family of Joan Paula Gardiner (Thibodeau).
Show you care by sending flowers

Flowers were purchased for the family of Joan Paula Gardiner. Send Flowers

Posted Dec 04, 2019 at 11:39am
To the Gardiner Family -- our thoughts and prayers are with you as you honor Joan's life. Please accept our condolences from Deloitte Consulting.

Flowers were purchased for the family of Joan Paula Gardiner. Send Flowers 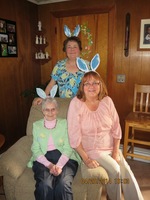 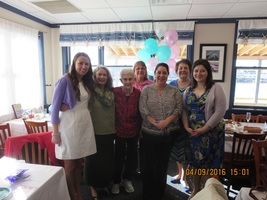 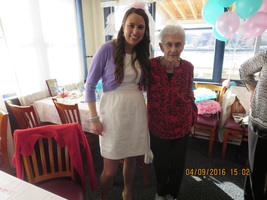