To share your memory on the wall of Carol Mower, sign in using one of the following options:

Provide comfort for the family of Carol Mower with a meaningful gesture of sympathy.

Print
ORONO – Carol Prentiss Mower, 88, passed away peacefully on November 22, 2019 at a Bangor hospital. She was born on August 30, 1931 in Waterville, the youngest child of Chester and Viola (Merrow) Prentiss.

She attended Waterville schoo... Read More
ORONO – Carol Prentiss Mower, 88, passed away peacefully on November 22, 2019 at a Bangor hospital. She was born on August 30, 1931 in Waterville, the youngest child of Chester and Viola (Merrow) Prentiss.

She attended Waterville schools and graduated from Waterville High School in 1949. During this time she developed an aptitude for the dramatic arts, particularly public speaking. She pursued this calling at the University Maine where she graduated in 1953 with a Bachelor of Arts Degree in Speech. While at the university she was involved with many activities including Phi Mu Sorority, All Maine Women Honor Society, the Radio Guild, as well as the Speech and Debate team.

Following college, she was director of Speech and Drama for four years at Stearns High School in Millinocket where she developed many life-long friendships. During the summers she studied at Northwestern University where she earned a Master of Arts Degree in Speech Education.

In the fall of 1957 Carol returned to her alma mater and proudly served on the faculty of the University of Maine Speech Department for over twenty-five years. She was highly involved in readers’ theater productions and was well known throughout the state for her speaking programs on various themes and subjects. Her speaking abilities and people skills led to a successful second career in sales, first with Tupperware and later with WABI-Radio.

Throughout her life she was an enthusiastic and dedicated volunteer and became even more so following retirement. Among the many groups to which she was tirelessly devoted in various roles of leadership throughout the years were the Orono High School Board of Trustees, Friends of the Orono Library, Orono Republican Committee, Orono Chapter of AFS, Bangor Symphony Women, Maine Education Association -Retired, Penobscot Chapter of AARP, Bangor Chapter of RSVP, and the Eastern Area Agency on Aging.

Her greatest efforts though were always directed to her beloved University of Maine. She served as the Treasurer of the Class of 1953 for sixty-six years. She was a former member of the Board of Directors of the General Alumni Association, the Senior Alumni Board of Directors, Patrons of the Arts Board, and the Maine Christian Association Board. Of the many awards and citations in recognition of service, two of the most dear to her were the University of Maine Block “M” Award and the AARP Andrus Award for Community Service.

Always interested in travel, Carol made several memorable trips throughout Europe and eastern Africa. She was very pleased to have been able to attain a life-long goal of visiting all fifty of the states that make up our country.
She is survived by her three sons: Rev. Scott Mower, of Kittery; Daniel Mower and his daughter, Vanessa, both of Bangor; Todd Mower, his wife, Anita, and their daughter, Alexandra, all of Orrington. She also leaves one niece: Susan Mansfield and her daughter, Jayla, both of Woonsocket, Rhode Island.

She was predeceased by a brother, Richard Prentiss, who died before she was born, and a sister, Lois Prentiss Mansfield, who died in 1997.

Funeral Services will be held at 1:00 p.m. on Monday, December 2, 2019 at the Orono United Methodist Church, 36 Oak Street in Orono with the Rev. Bumshik Min, officiating. Committal Services will take place in the spring at the Pine Grove Cemetery in Waterville.

Gifts in memory of Carol can be made for nontraditional students through the Senior Alumni Scholarships payable to the University of Maine Foundation, Two Alumni Place, Orono, Maine 04469-5792 or online at our.umaine.edu/mower. Condolences to the family may be expressed at BrookingsSmith.com
Read Less

We encourage you to share your most beloved memories of Carol here, so that the family and other loved ones can always see it. You can upload cherished photographs, or share your favorite stories, and can even comment on those shared by others. 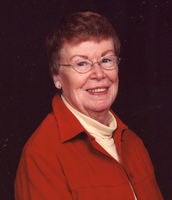 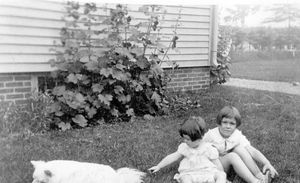