To share your memory on the wall of Kenneth Merrill, sign in using one of the following options:

Provide comfort for the family of Kenneth Merrill with a meaningful gesture of sympathy.

Kenneth Douglas Merrill, Sr., 81, died peacefully at home on Nov. 5 after a brief illness. He arrived with hurricane winds on Sept. 22, 1938 in Waltham, Massachusetts, son of Thurl P. and Eleanor F. (Plaisted) Merrill.

He graduated from Holten High in Danvers, Mass., and received his B.A. in Mathematics from Northeastern University in 1965. With Geraldine (DeStefano) Merrill, his wife of 49 years, he raised three children while working as a computer programmer on telescope and radar applications including the AWACS and Joint STARS surveillance aircraft. When not learning new programming languages, Ken spent time tending his vegetable gardens, singing in his church choir, and enjoying Red Sox baseball on the radio.

After retiring to Maine, he sang for several years with the University of Maine Oratorio Society; his spirit of volunteerism flourished as a driver for Meals on Wheels. He gave generously of himself to family and friends and, though a man of staid routine, embraced opportunities to see new places. Ken modeled kindness for everyone who knew him, and instilled and supported a spirit of creativity - particularly music-making - in all his children, who will miss raising their voices in harmony with him.

Ken is predeceased by his parents and stepmother Virginia; his sister Cynthia Filor and step-siblings Chet and Jane Hutchings; his wife Geraldine; his dear friend Janet Ramsdell; and his collie, Pal. He is survived by his step-sister Helen Watson; his daughter Jennifer Peront and her husband John and children Christopher and Melissa; by his son Doug Merrill and his wife Kelly and children Rebecca Morales, her husband José and great-grandson Caleb, Emily Merrill, and Zachary Merrill and his wife Sarah; and by his son David “Taviy” Merrill.

The family wishes to thank the staff at Eastern Maine Medical Center and Beacon Hospice for their kind and compassionate care during his final days.

There will be a graveside service at on Friday, Nov. 8, at 1:30 p.m. at Rainbow’s End in Orrington, Maine. Those wishing to honor his memory are encouraged to make a donation to or volunteer for their favorite charity.
Condolences to the family may be expressed at BrookingsSmith.com.
Read Less

We encourage you to share your most beloved memories of Kenneth here, so that the family and other loved ones can always see it. You can upload cherished photographs, or share your favorite stories, and can even comment on those shared by others. 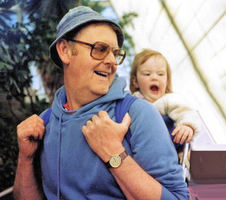