To share your memory on the wall of Jeffrey Cormier, sign in using one of the following options:

Provide comfort for the family of Jeffrey Cormier with a meaningful gesture of sympathy.

Print
BREWER and VAN BUREN - Jeffrey “Jeff” Cormier died on October 9, 2019 at Eastern Maine Medical Center after a short battle with T-Cell Lymphoma. He was born January 26, 1961 in Madawaska, the son of Roderick and Doris (Carrier) Cormier.

BREWER and VAN BUREN - Jeffrey “Jeff” Cormier died on October 9, 2019 at Eastern Maine Medical Center after a short battle with T-Cell Lymphoma. He was born January 26, 1961 in Madawaska, the son of Roderick and Doris (Carrier) Cormier.

He was a truck driver by vocation and traveled throughout the eastern US for various transportation companies. This fit him well as he was a private and independent individual.

Interment will be at the St Bruno Catholic Cemetery in Van Buren. Condolences to the family may be expressed at BrookingsSmith.com
Read Less

We encourage you to share your most beloved memories of Jeffrey here, so that the family and other loved ones can always see it. You can upload cherished photographs, or share your favorite stories, and can even comment on those shared by others. 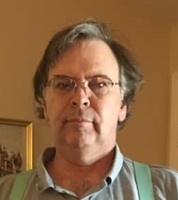