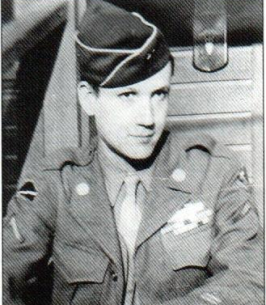 Richard Frederick Proulx, 96, passed away on May 16, 2022 at his home surrounded by his loving family. He was born February 25, 1926 in Orono, the son of Frederick J. and Claudia (Brasslett) Proulx.

Richard was drafted into the US Army in April of 1944. He served with the 78th Infantry Division, 310th Infantry Regiment in the European Theater during World War II. His honors include the Combat Infantry Badge with Wreath, the Bronze Star, the Silver Star, the Purple Heart and the E.A.M.E. Campaign Ribbon with 3 Battle Stars. Discharged at the Rank of PFC on May 10, 1946. Richard settled in Hampden where he was employed by the U.S. Postal Service. He worked as a Master Electrician and enjoyed woodworking. Richard was an avid reader and was considered just a generous and all around nice guy and loved by many.

A graveside memorial service will be held 10 AM, Monday, May 23, 2022, at Lakeview Cemetery, Western Avenue, Hampden. Gifts in his memory may be made to the Bangor Humane Society, 693 Mt. Hope Avenue, Bangor, ME 04401. Condolences to the family may be expressed at BrookingsSmith.com

This obituary is protected by copyright by Hampden. Proudly Serving the Community of Hampden. Hampden is located in the state of Maine, United States.