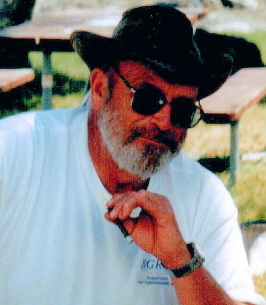 Bangor and Veazie - Robert “Ski” Olesky passed away on July 18, 2022, with his daughters, Robin and Melissa at his side. He spent his last few days with his children, grandchildren, and great grandson, as he wanted. Bob was born on January 3, 1942, in Saugus, MA, the third child of William and Alice Olesky.

Bob was predeceased by his parents, his wife, Trudy; his sister, Gene and her husband, Fred; sister-in-law Betty; brother-in-law, Bobby, and many very close friends. We’re sure the guys from hunting camp and bowling were glad to see him again.

He graduated Saugus High School and left for basic training in the United States Air Force a few days later. It was in the Air Force that he picked up the nickname Ski, and he kept that name the rest of his life. He met Trudy, the love of his life, at a dance at the NCO club at Dow Air Force Base, and they married six months later. They built a life and family together for 36 years, instilling their love of the outdoors on their children and grandchildren.

His time in the service was very important to him as it truly shaped his life. When Dow Air Force Base was sold to the City of Bangor and became Bangor International Airport, Bob left the service and kept the same job at the fuel farm. He retired in 2000 after nearly 40 years at the airport. He wasn’t just an employee. Bob volunteered his time as Santa Claus for the employees’ children’s Christmas party for many years. It was something he enjoyed a lot, especially with his children and then grandchildren on his…Santa’s knee. In addition to the Air Force and City of Bangor, Bob was a member of the Veazie Police Department, and after retirement worked at Veazie Variety. He enjoyed being around people, and both these jobs kept him in touch with the community he loved.

After retirement, Bob married Donna Wentworth, and together they spent a lot of time upta camp. He was an outdoorsman who loved to fish, hunt, and pick mushrooms and berries. He loved to fish in the evening and then come back to camp to relax in his recliner and listen to Boston Red Sox on the scratchy old radio. He also enjoyed hockey and football so much that if you had your windows open you might have heard his yells.

Our family wants to give sincere thanks to the staff at Solstice Senior Living in Bangor. Dad spent his last few months there and enjoyed getting to know everyone. Also, thank you to St. Joseph Homecare and Hospice. Though his time with them covered only three days, their help to us was greatly appreciated.

A memorial service will be held 2:00 p.m., Saturday, July 23, 2022 at Brookings-Smith, 133 Center St., Bangor. Burial will immediately follow at Fairview Cemetery, Veazie. A celebration of life will be held upta camp on Sunday, August 14, 2022 beginning at 10 am. Please join us to share great stories, happy memories, good food, and a toast to Dad at our camp in Lakeville. Donations in Bob’s memory can be made to St. Joseph Homecare and Hospice, 900 Broadway, Building 4, Bangor, ME 04401