To share your memory on the wall of William Davis, sign in using one of the following options:

William E. “Bill” Davis, 82, of Brewer, died September 9, 2019 surrounded by his loving family. He was born on February 9, 1937 to Edmund Xavier and Catherine (Rose) Davis in Providence, R.I. Bill was a Professor of Education at the University of Maine for 38 years. He also was well known as a mental health consultant and counselor for students in numerous schools throughout Maine. Throughout his life, Bill consistently advocated for social and economic justice for Maine’s and our nation’s most vulnerable and marginalized children and families. He considered this work and advocacy as the most important and meaningful parts of his adult life.

Bill leaves three children whom he adored and who maintained extremely close touch with him throughout his entire life: Beth Davis-Spencer and her husband, Carl, of Brewer; Paul and his life partner, Lisa Jipson of Brewer; and Dr. Sheila Davis of Hull, Massachusetts; two grandchildren whom he loved dearly: Eva O’Brien of Hull, Massachusetts, and Maizey Spencer of Brewer. He also leaves a sister Jeanne Davis and her husband John, from Rumford Rhode Island; a sister-in law, Jane Moriarty and her husband Mike from Warwick, Rhode Island. He will missed by many nieces, nephews, and close friends.

Finally, Bill leaves numerous friends, including a most special friend, Anthony (Chip) Chiappone, with whom he developed an extremely close bond since he moved to Maine in 1969. George Silva was another especially close friend since they were together in first grade.

Bill was predeceased by his loving wife of 54 years, Mary (Spearman) Davis, his loving daughter, Kathleen “Kate, Kathy”; his parents, and grandparents, and a brother, Raymond A. Davis as well as numerous cousins, including a very special cousin and godfather, Raymond J. Bannon “Cumba” who served as his mentor, confidant, and unconditional supporter throughout his formative years, Bill often remarked, “If it were not for Cumba, I surely would have dropped out of high school and never pursued any further education.”

He initiated his professional career in 1958, teaching English at Central Junior High School in East Providence. From 1967-1969, he served as Director of Research and Programming at the Joseph D. Ladd School in Exeter, R. I., a residential facility serving children and adults with severe cognitive and behavioral disabilities.

Bill moved to Maine in 1969, taking an Assistant Professor position within the College of Education and Human Development at the University of Maine. He remained as a professor at the University until he retired as a Full Professor in 2008. From 1989 to 2008, Bill served as the founder and Director of the Institute for the Study of Students At Risk at the University. The Institute engaged in research and programming involving children and adolescents who were at high risk of dropping out of school.

During his tenure at the University of Maine, Bill taught and advised both undergraduate and graduate students. This was by far, the favorite part of his university experience. He truly loved teaching and interacting with his students, especially those graduate students with whom he developed very close relationships. These relationships continued with many students long after he retired.

Bill was the author of several books, chapters, monographs, and research studies dealing with special education, psychology, and mental health. He also authored numerous articles in professional journals as well as presenting papers regularly at national and international conferences.
Throughout his entire career, Bill continued to write in support of poor children and their families, as well as social and economic justice for those who are marginalized and discriminated against in our society.


Bill loved the extremely close relationship and love that he had with all of his children and grandchildren throughout their entire lives. He had a special bond with his loyal canine companion, Wilson who passed away three hours before his own passing. Among Bill’s other loves were politics, the comedic genius of Robin Williams, George Carlin, Steven Wright, baseball, peanut butter, Bobby Kennedy, and University of Maine and Notre Dame football. He very much enjoyed challenging arbitrary and senseless rules and policies. He was a long-time member of the Penobscot County Democratic Committee and the Brewer Municipal Democratic Committee. He served two terms as an elected member of the Brewer School Committee during the 1970s.
Bill was a very generous man who supported numerous worthy causes and charities.

Calling hours will be on Sunday, September 15, 2019 from 4-7 at Brookings-Smith 133 Center St. in Bangor. A Funeral Mass will be held 11 am Monday September 16, 2019 at St. Paul the Apostle Parish St. Teresa’s Catholic Church—425 South Main St. in Brewer. Followed by the Rite of Committal at Mt. Hope Cemetery, Bangor. The family invites relatives and friends to share conversation and refreshments at the Family Reception Center of Brookings-Smith, 163 Center St., following the Mass.
In lieu of flowers, please consider a donation to Partners In Health, 800 Boylston St. Suite 300, Boston, MA 02199 (www.pih.org) or the Bangor Humane Society, 693 Mount Hope Ave. Bangor, ME 04401.
Condolences to the family may be expressed at BrookingsSmith.com.
Read Less

All our Love, Lauren Galinsky & John Driscoll, - The Barredo Family ( Jack, Eileen and Gina), and others have sent flowers to the family of William E. "Bill" Davis.
Show you care by sending flowers

Posted Sep 13, 2019 at 04:11pm
To Sheila Eva & the whole Davis clan - Holding you in our hearts and prayers during this painful time, knowing how much you will miss your dad/grampy

All our Love, Lauren Galinsky & John Driscoll purchased the Medium Dish Garden for the family of William Davis. Send Flowers

Posted Sep 13, 2019 at 10:42am
Bill was a wonderful professor, mentor and friend. He served as an important role model for Special Educators and social justice advocates. Godspeed Bill.
Patty Murray and Ed Ferreira
Comment Share
Share via:
-G

- The Barredo Family ( Jack, Eileen and Gina) purchased the Love Everlasting Bouquet for the family of William Davis. Send Flowers

Posted Sep 12, 2019 at 05:14pm
Bill was my professor while at UMO... he taught me many things. First and foremost was that as educators, our job was always to advocate for those unable to advocate for themselves. His morals and values were genuine and you couldn't leave his presence without being profoundly impacted. He will be a loss to the educational community as a whole. And to his family; I am so very sorry for your loss... Barb PIneau
Comment Share
Share via:
YF

Posted Sep 12, 2019 at 11:02am
Dear Sheila, Eva, and family- We are thinking of you. Wishing you peace and comfort during this difficult time.

Your PIH Family purchased the Bountiful Rose Basket for the family of William Davis. Send Flowers 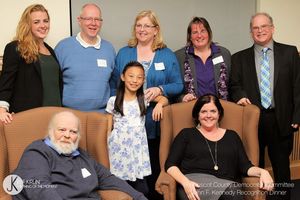 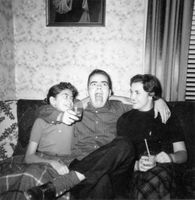 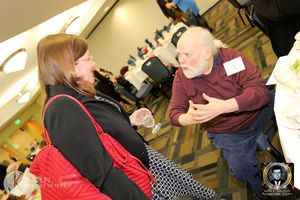