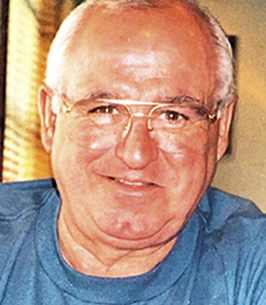 John was a graduate of John Bapst High School, Class of 1959. Upon graduation, he enlisted in the United States Air Force and served for 4 years stationed in Morocco. After his discharge, John returned to Bangor and went to work for Gass Office Supplies which was later acquired by Loring Short and Harmon. While working John also continued his education and took classes in his field of expertise which was purchasing and supplies. John later transferred to Portland with Loring Short and Harmon which was eventually acquired by Office Max and remained employed there until his retirement in 2006.

One of John’s favorite activities was playing tour guide to family and friends by showing off the beautiful scenery along the coast of Maine and mountains of New Hampshire. These tours almost always ended at an ice-cream shop.

In addition to John’s parents, he was predeceased by a brother, Robert B. Martin of Caribou.

In keeping with John’s wishes, a graveside service for immediate family will be held at 11:00 a.m. on Saturday, July 27, 2022 at Mt. Pleasant Catholic Cemetery, Bangor.

Those wishing to remember John in a special way may make donations in his memory to The Dementia Society of America P.O Box 600, Doylestown, PA 18901 or the Hope House of Bangor 179 Corporate Drive, Bangor, Maine 04401.

Condolences to the family may be expressed at BrookingsSmith.com