To share your memory on the wall of Dorothy Sibley, sign in using one of the following options:

She attended Bangor schools and was a memb... Read More
Bangor and Carmel - Dorothy Elizabeth (Gould) Sibley, 92, died peacefully on November 23, 2019. She was born January 11, 1927, in Bangor, the daughter of Ralph A. and Laura F. (Martinson) Gould.

She attended Bangor schools and was a member of the BHS class of 1945. Dorothy worked throughout her life in local factories. The first one being at the General Ice Cream Company where she worked with her dad during the war.

Dorothy was a joyful, wonderful, independent woman. She was a loving daughter, supportive and loving mother to her children and an adoring wife and companion to her husband, Bob, of 62 years. They spent many winters in Florida and thoroughly enjoyed their time, relaxing at the beach under a palm tree and spending time with their Florida friends.

Dorothy was also a best friend to many, especially Belva and Charlotte. She also cared so much for several special cousins who were her childhood playmates and friends. These cousins remained a very important part of her life throughout their days.

Dorothy helped to found a local neighbor club, the WEKS club, in the early 60’s. The members were best friends and the “avenue” neighbors who met weekly to “eat, knit, sew” and fundraise to help local charities. This club had many new members and friends over the years and continued to meet for nearly 50 years. Dorothy was also a member of the Hampden Garden Club.

Dorothy was known for her love of Cats, yard sales, knitting, sewing, jewelry, family and her husband Bob.
In addition to her parents, Dorothy was predeceased by her loving husband, Robert O. Sibley; son, Michael Lee; grandson, John Garland;

The family would like to give a special thank you to the staff at Orono Commons for the love and great care that was shown to sweet Dorothy.

We encourage you to share your most beloved memories of Dorothy here, so that the family and other loved ones can always see it. You can upload cherished photographs, or share your favorite stories, and can even comment on those shared by others. 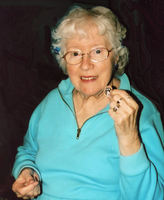 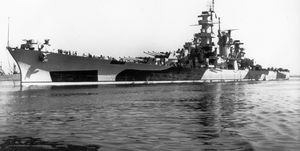 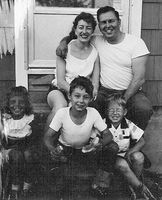