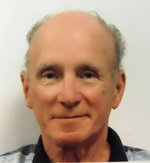 Brewer - Joseph Andrew Kohn Weisheit, 81 years old, journeyed peacefully to his next adventure on April 11, 2021, while resting in his favorite chair, after a gifted day at the coast with his wife. Joseph was born July 6, 1939, in Cleveland, Ohio to his biological mother, Beatrice Kohn. After his birth, he was adopted and raised by his loving parents, Henry and Pauline Weisheit.
Joseph attended schools in Cleveland, Ohio. Education was important to him resulting in multiple degrees including his Bachelor's in Social Work and his Master's in theater from Baldwin College in Ohio. His life was rich and vibrant which showed through his work at Augusta Mental Health Institute while compassionately helping the patients and residents he cared for. After retirement, Joseph met his soul mate, Jennifer. Together, as husband and wife, they dedicated their lives and passion for music through their witty conversations and antics, along with Joseph's acclaimed and magnificent ability to bring magic to the piano to the people in nursing homes and assisted living facilities throughout Penobscot County. Through his final years of life, his and Jennifer's dedication and passion for the friends they made at the nursing homes and assisted living facilities became their crowning achievement as their story was shared by multiple local news organizations.
For a man of small stature, Joseph's life was larger than the stars filling the skies at night. Yet he remained humble about his accomplishments and achievements. Along with his family, one of his proudest achievements was co-authoring a book with his wife Jennifer, “Then Sings My Song”. As stated by Joseph's son, Jim, it wasn't until he read the book did he understand his dad's mission with how his life and music became a tool for humanity.
With a strong curiosity about life, Joseph developed a longing to discover his biological roots. Together, he and Jennifer worked diligently to find his additional Cleveland roots. Through faith, miracles, and the willingness of his son, Jim to chauffer, Joseph's wish came to fruition. He was lovingly embraced by his biological family. Through this journey, Joseph's love for his entire family set roots deeper than before.
When not spending time bettering his beloved mother earth or healing hearts through his music, Joseph loved spending time with his family, also known as his “peaches.” He relished his time with his son, Jim, and family, exploring new restaurants in Kennebunk, but only if lobster was on the menu. Time with his son, John and family, was spent cruising in the boat while at camp on Webber Pond dining like a king on meals cooked on the small grill on the boat. Joseph loved his time with his son, Jack, and family, watching the fireworks show while eating spare ribs, not because it was the 4th of July, but because he thought the fireworks were for his birthday which came 2 days later. Camping at Pushaw Lake brought time spent with Andrew and his family that included cookouts, campfires, and a cold beer. Knowing his daughter, Marcella and family loved food, Jospeh would always accept an invitation for family gatherings that included Cornish pasties and Christmas pudding on Christmas day. Visits to Roger’s, and family in Pittston always guaranteed the flickering of a lighter to flame the grill meaning more delicious food to devour. Yes, our Papa Joe loved his food and his “peaches”.
Continuing his legacy is his soul mate and wife, Jennifer; mother-in-law, Yvonne LaPlante, sister, Beatrice Romito and husband, Ed; son, Jim Weisheit and wife, Mary, son, John Weisheit and wife, Melissa, son, Jack Hopper and wife, Michelle, daughter, Marcella Kenny, and husband, Kevin; along with Andrew Collins and wife, Paula, and Roger Collins and wife, Alicia; grandchildren Jack, Chase, Chelsea, Ali, Bali, Maya, Kamden, David, Zachery, Kaleb, Kassidy, Jonathan, Veronica, Miles, Josh, Adam, Izzac, Brayden, and Chasen; great-grandchildren, Unni, Johann, Sonny, Isaiah, and Charlotte, and a special cousin, Eileen Kohn Belak.
Joseph's life touched upon the hearts of many, including many special friends he “collected” along his journey. As there are many, he requested we send you all a heartfelt “Joe” hug and thank you. The family would like to thank doctors Scott Deron, Jim Jean-Jacques, Ilsa Shulman, and Marilyn Michaud FNP. In addition, the family would like to thank Dana Cassidy, RN, and the staff at St. Joseph's Home Health and Hospice for the care and compassion that our Papa Joe received during the final days of his time with us.
The family greatly appreciates all of the thoughts and prayers sent by so many of those whose lives were touched by Joseph. At the request of our Papa Joe, a private family gathering will be held at a later date in time. The family would be honored if you planted flowers or a tree in your garden to beautify the earth in memory of Joseph.
“I'm off to see the wizard. Love yah!”