To share your memory on the wall of James Violette, sign in using one of the following options:

Provide comfort for the family of James Violette with a meaningful gesture of sympathy.

Glenburn / Albion, Maine – James Clark Violette ,84, passed away from congestive heart failure on Monday, 24 June 2019, at his daughter Sue’s home in Albion where he lived since the passing of his wife. He was ... Read More
James Clark Violette

Glenburn / Albion, Maine – James Clark Violette ,84, passed away from congestive heart failure on Monday, 24 June 2019, at his daughter Sue’s home in Albion where he lived since the passing of his wife. He was born in Franklin, New Hampshire, a son of Louis Henry and Lillian Agnes (Drew) Violette and was raised in Hartland, Maine.

Jim proudly served his country in the US Air Force spending part of that time in North Africa. Jim had several jobs early on until he settled at Sylvania from 1967 through his retirement in 1992. In his “retirement,” he spent many hours with his wife by his side delivering cars for Quirk Auto Dealerships.

Jim and Evelyn Louise (Copeland) were married nearly 57 years, settling in Glenburn, where they raised their two daughters. Jim was a devoted husband to his wife and dad to his girls. Jim and Evelyn were inseparable. Along with his wife, Evelyn, he enjoyed family gatherings, four wheeling, snowmobiling, camping, new cars, and long drives around Maine. They attended Hermon Baptist Church.

Jim is survived by two daughters, Sylvia A. "Sue" Stevens and husband Randall of Albion, and Dolores I. “Dee” Farr and husband Kevin of Oxford; four grandchildren, Rebecca D. Hebert and husband Brad of Lisbon Falls, Matthew L. Stevens and wife Jacqui of North Yarmouth, Joshua J. Farr and significant other Taryn Heon of Deerfield, Massachusetts and Lindsey E. Levasseur and husband Tyler of Winslow. Two great-grandchildren Alden Henry Stevens and Ivy Mae Levasseur. Jim is also survived by two half sisters, Louise and Tim Dudley, Laurel and Greg Gustafson both of Maine, and a half-brotherAnthony and Kay Violette of N. Little Rock, Arkansas, many nieces and nephews; grandnieces and grandnephews; great grand niece and cousins. Jim also is survived by most of Evelyn’s siblings Lewis and Annette Copeland, Patti and Alan Fournier, Thomas and Diane Copeland, Sharon and Wally Brigalli and Brenda and Jon Beaton, who continued to keep tabs on Jim.

He was predeceased by his wife Evelyn on April 28, 2015, his parents; and brothers and their spouses, Paul and Anita Violette & Daniel and Sharon Violette as well as his in-laws, George and Betty Copeland.

A special thank you to Northern Light Inland Hospital, Acute Care staff in Waterville and our Northern Light Home Care and Hospice team. Jim, Randy and Sue felt supported beyond measure. Jim had been in palliative care since November and the care and respect given to he and the family was hugely impactful. Also sincere gratitude to Jim’s longtime home caregiver, Nikki Boisvert, who became a member of the family while assisting Sue and Randy with Jim’s care.

Relatives and friends are welcome to call 5-7 PM, Friday, June 28, at Brookings-Smith, 133 Center St., Bangor. Funeral service will be held
11 AM, Saturday, Jun 29 at Hermon Baptist Church, 2496 Route 2, Hermon with the Rev. Garnett Chute, pastor officiating. The family invites relatives and friends to share conversation, memories and refreshments at the church following the service. Interment will be private for the family at a later date.

Condolences to the family may be expressed at www.BrookingsSmith.com.
Read Less

We encourage you to share your most beloved memories of James here, so that the family and other loved ones can always see it. You can upload cherished photographs, or share your favorite stories, and can even comment on those shared by others.

Posted Jun 27, 2019 at 01:00pm
We're lighting a virtual candle in our hearts for you to express our feelings on the loss of your dad.
Love, Jan & Pat
Comment Share
Share via:
LR 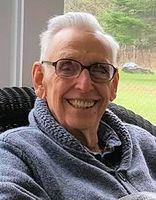 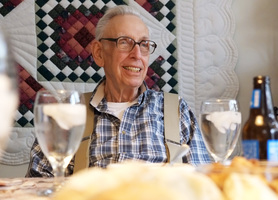 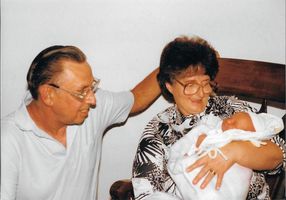