To share your memory on the wall of Donald Hackett, sign in using one of the following options:

Donald was a graduate of Milo High School class of 1945. Following high school, he worked for B and A railroad, and in 1950 – 1952, he served his country in the US Army during the Korean War. In 1953 he started schooling at University of Maine, Orono and graduated in 1957 with a Bachelors in history and government. He was a proud member of Phi Eta Kappa during his time at UMO. He later went on to earn his Masters degree, as well as a certificate of advanced study in education from the University of Maine.

Donald began his career as a social studies teacher and coach in Harmony in 1957. He then became principal at Monson Academy, Ft. Fairfield High School, MDI High School and finally Stearns High School, where he retired in 1989 after serving as principal for 20 years.

During his 31 years in Education, Donald served on Numerous MSSPA committees and was president of the association in 1974. He was also a member of The Board of Directors of the National Association of Secondary School Principals. As a member of The New England Association of Schools and Colleges, he traveled to Turin, Italy, in 1982 to visit that city’s school. He also was a recipient of “Maine Principal of the Year,” a recipient of The Burger King Corporation “In Honor of Excellent Award” and numerous other awards and achievements. Donald was also an active parishioner at the Parish of the Resurrection of the Lord, Holy Family Church in Old Town.

Donald is survived by his loving wife of 64 years, Ruth (Brooks) Hackett; his three sons, Michael Hackett and his wife, Karen of Millinocket, Jeffrey Hackett of Greenbush and Kevin Hackett and his wife, Julie of Auburn; a daughter, Catherine Brown and her husband, Paul of Milford; seven grandchildren, Brooke, Lonnie, Maranda, Brett, Ashten, Travis, Ryan; four great grandchildren, Isabel, William, Charlotte and Emeline and several nieces and nephews. He was predeceased by his brothers, Edward, John, and Albert and a sister, Mary.

A private Mass of the Christian Burial for the family will be celebrated at Parish of the Resurrection of the Lord, Holy Family Catholic Church, Old Town on September 25, 2020 at 10:00 AM followed by a public Rite of Committal at Evergreen Cemetery in Milo. For the safety of everyone in attendance, and following state mandates, all attendees are asked to wear a mask and to practice social distancing.

Those who wish to remember Donald in a special way may make gifts in his memory to Maine Parkinson Society, 146 Parkway South, Suite 210, Brewer, ME 04412 or American Cancer Society, One Bowdoin Mill Island, Suite 300, Topsham, ME 04086.

For those wishing to attend the service remotely, a live stream will begin at 9:50 A.M. on September 25, 2020, please visit www.BrookingsSmith.com/livestream.
Read Less

We encourage you to share your most beloved memories of Donald here, so that the family and other loved ones can always see it. You can upload cherished photographs, or share your favorite stories, and can even comment on those shared by others.

Posted Sep 30, 2020 at 09:05am
Ruth and family, On behalf of the entire Brotherhood of Phi Eta Kappa fraternity at UMaine, may I express our heartfelt sympathy and condolences. A good man who led a good life.
Comment Share
Share via:
R"

Posted Sep 23, 2020 at 07:25pm
SO SORRY TO HEAR OF DONALDS PASSING. RUTH, YOU KNOW OF OUR TWO FAMILIES FRIENDSHIP THROUGH MANY YEARS AND THE RESPECT I HAVE FOR THE ENTIRE HACKETT FAMILY. THEY WERE AN INSTITUTION TO ALL OF US GROWING UP IN MILO AND ALWAYS EXCITED WHEN YOU VISITED US. HIS PRESCENCE ALWAYS BROUGHT JOY TO ALL. I LAUGH WHEN THRU THE YEARS HE LOOKED AT ME AND SAID " I WONDER HOW I EVER PICKED YOU UP AND THREW YOU OVER MY SHOULDER." ALWAYS FUN AND WILL ALWAYS BE REMEMBERD BY ME. PLEASE ACCEPT MY SYMPATHIES.
ROSS "PETE" WEBB
Comment Share
Share via: 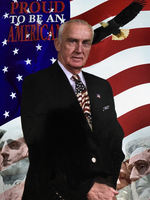 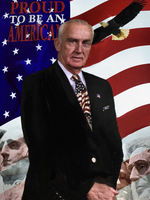