To share your memory on the wall of Phyllis Grant, sign in using one of the following options:

Provide comfort for the family of Phyllis Grant with a meaningful gesture of sympathy.

Print
HAMPDEN - On Thursday, August 15, 2019, Phyllis Haskell Grant, loving wife and mother of two, passed away at the age of 90.

Phyllis was born to Mary and Almon Haskell on October 10, 1928. She graduated from Bangor High School in 1947. In 1948 she married Harold Dean Grant. Together, they raised two daughters, Laurel Tibbals and Shelly Beals, who went on to give them four grandchildren and three great-grandchildren.

Tiny in stature but mighty in spirit, Phyllis spent her entire career at the Bangor Savings Bank, and was known for delighting co-workers and customers alike. A prolific knitter and talented seamstress, Phyllis strongly believed in the value of making one’s own clothes. She was also adept at spinning yarns of a different kind, and as a dyed-in-the-wool storyteller, she charmingly blurred the lines between truth and fiction. However, there is one undeniable fact that cannot be argued: She made the world’s best Whoopie pies. (Phyllis’ surviving family has pledged that any disputes on this point will result in “being taken outside.”)

Among her many talents, Phyllis was an avid gardener. She loved to make things grow, was especially fond of her lilies and orchids, and was always happy to let her grandchildren decimate her crop of peas and green beans. Her passion for greenery also made her an an avid climber of trees, until a few years ago, when her doctor politely requested she stop.

Phyllis adored her family—so much so that she would leave Maine for five months during the winter to camp in Arizona with her camping family. She openly admitted to missing her calling as a cowgirl.

She also loved her daily “tea time,” even though her version of “tea” was Seagrams and water. As one of many trailblazing discoveries, Phyllis inadvertently created a drink called the “Wham” when one of her grandchildren snuck a piece of ham into her whiskey without her noticing.

Phyllis was the caretaker of the world famous junk drawer, which delighted and entertained generations of amateur archaeologists and treasure seekers.

In addition to her parents, Phyllis was predeceased by her brothers, Percy, Bill, and Alfred Haskell; her beloved sister and best friend, Rosemary King, and her husband, Carlton; her son-in-law, Andrew Tibbals; and her dear friends and camping buddies, Kate and Rollie Chesley, and Carolyn and Wendell Hanscom. She is survived by her husband, Harold Grant; her daughters, Laurel Tibbals, Shelly Beals and husband, Brian; four grandchildren, Aaron Webber, Kyle Webber, Carissa Look, and Grant Beals; and three great-grandchildren, Nevaeh Look, Coen Webber, and Faye Webber.

A memorial reception to celebrate Phyllis’s life will be held 2-4 p.m., Sunday, September 8, 2019, at the Hampden-Gilpatrick Chapel of Brookings-Smith, 45 Western Avenue, Hampden. “Tea time” will be encouraged. Condolences to the family may be expressed at BrookingsSmith.com
Read Less

We encourage you to share your most beloved memories of Phyllis here, so that the family and other loved ones can always see it. You can upload cherished photographs, or share your favorite stories, and can even comment on those shared by others.

Posted Aug 19, 2019 at 05:30pm
Beautiful wonderful friend. Remembering the first day we met in Arizona. Happy times and many laughs. Phyllis you had most interesting stories. Love you. RIP my dear friend.
Comment Share
Share via: 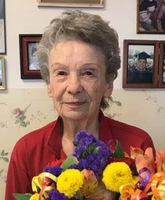 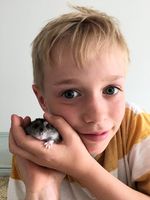 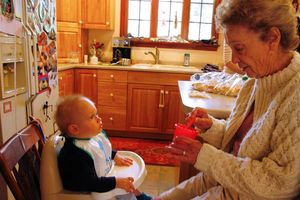