To share your memory on the wall of Catharine McDonald, sign in using one of the following options:

Provide comfort for the family of Catharine McDonald with a meaningful gesture of sympathy.

We encourage you to share your most beloved memories of Catharine here, so that the family and other loved ones can always see it. You can upload cherished photographs, or share your favorite stories, and can even comment on those shared by others.

Posted May 08, 2019 at 11:57am
To Cathy's family -- we were so shocked and saddened to hear of her passing. We are glad to have met her during our visits up to Maine to visit family. We wish you peace at this difficult time. From Juliet, Gavin, and Graeme Riggall - son and family of Catherine Richardson
Comment Share
Share via:
JL

Posted May 04, 2019 at 06:56am
Cathy was a beautiful soul that will be missed . I cannot adequately convey our deep sadness. Our hearts break for all who loved her .

Posted May 03, 2019 at 08:03am
You are in my thoughts and in my prayers. So very sad to hear of your sudden loss. Sending you my Love. With my deepest sympathies,

Your Light Shines was purchased for the family of Catharine McDonald. Send Flowers

Posted May 02, 2019 at 10:12am
My heart is broken. I worked with Cathy at the Bar Harbor Times and spent many Wednesday nights riding to Rockland with her. Her smile and her personality were so infectious! The world has lost a beautiful soul. My condolences to her family. May you find peace where ever you are Cathy............... Cindi LaHaye
Comment Share
Share via:
JD

Posted May 02, 2019 at 09:28am
Jill, I know there are simply no words that will ease your heartache, but please know that Bill and I will remember her always as the bright, lively and funny kid she was. She and Angela shared many happy times in those days. May God wrap his loving arms around you and give you strength in the days ahead.
Comment Share
Share via: 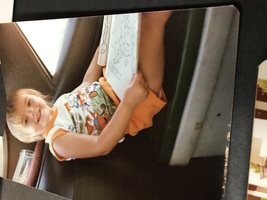