To share your memory on the wall of Ethel Cameron, sign in using one of the following options:

Marie was a member of the Esther Rebekah Lodge #54 of Brewer. She was also a Girl Scout and Cub Scout leader, and was active in the St. Patrick’s Episcopal Church of Brewer. Marie worked as a medical receptionist completing her career post-retirement by volunteering at St. Joseph’s hospital in Bangor, Maine.

In addition to her parents, Marie was predeceased by her husband, Robert William Cameron, Sr., and her brother, William E. McInnis. She is survived by her children, grandchildren, great-grandchildren, niece, and several cousins: most of whom reside in Maine and Virginia.

A graveside service will be held 1 p.m., Thursday, August 6, 2020, at the Corinthian Cemetery, Corinth. Condolences to the family may be expressed at BrookingsSmith.com
Read Less

We encourage you to share your most beloved memories of Ethel here, so that the family and other loved ones can always see it. You can upload cherished photographs, or share your favorite stories, and can even comment on those shared by others. 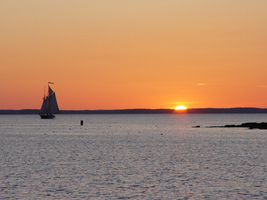