To share your memory on the wall of Reginald Bowden, sign in using one of the following options:

Reginald was raised in Orono, attended public schools and graduated from Orono High School, where he was president of the Class of 1951. Prominent in school activities, he edited his class yearbook and the prize-winning student newspaper.

A journalism major, Reg was a member of the class of 1955 at the University of Maine, serving as class vice president. He was on the editorial staff of The Maine Campus, editor of the Prism yearbook, manager of the track team, president of the Press Club, president of the Canterbury Club, and a member of Scabbard and Blade. The greatest honor he received at the University was being named a Senior Skull.

As a Maine undergraduate Reg was employed as an assistant in the campus information office, as publicist for Kneisel Hall Music School in Blue Hill, and as a reporter for the Penobscot Times in Old Town and the Bangor Daily Commercial.

Following graduation from Maine, Reg’s community service continued as he embarked on a career in journalism, politics, public affairs and publishing.

In 1955 Reg was appointed a legislative Assistant to U.S. Senator Frederick G. Payne, of Maine. While on the Senator’s Washington staff Reg also did graduate study in the School of Communications at American University where he became a member of Sigma Delta Chi, professional journalism society.

Reg was commissioned a Reserve Officer in the United States Army and graduated from Infantry School at Ft. Benning, GA. He served at several US posts and with reserve units in Bangor. Reg was discharged in 1964 in the grade of Captain, Infantry.

Returning to Maine, Reg was a reporter-copy editor for the state desk at the Bangor Daily News prior to his appointment as the first full-time public relations officer at the Maine Maritime Academy in Castine.

In 1961 Reg was appointed Press Secretary to Maine Governor John H. Reed, a position he held until 1965 when he became Public Relations Director and Instructor in Journalism at Gorham State College. He was subsequently named Director of Public Information for the University of Southern Maine, a post he left in 1971 to return to his family home in Blue Hill.

Following a period of self-employment as a public relations consultant, Reg became the owner-operator of The Mountain Press, a small commercial printing firm in Blue Hill. Active in the Blue Hill community, Reg was at one time a member of the Boards of Directors of the Blue Hill Chamber of Commerce and the Peninsula Ambulance Corps.; president of the Blue Hill Historical Society and treasurer of the Jonathan Fisher Memorial Inc. He was one of the founding parishioners of St. Francis by the Sea Episcopal Church in Blue Hill.
Reg retired to Orono in 1986. He was a member of the Parish of St. James Episcopal Church, Old Town, for over 60 years and served several terms on the vestry.

Reg was predeceased by his parents and is survived by his friends and relatives including a sister, Donna Abbot Ingalls, of Ellsworth; cousins, Jerry and Jackie Butler and family, of Blue Hill. Jo Ann Bowden, of Brewer, and David Locke, of South Gardiner.

A special thanks to all the caregivers at Ross Manor in Bangor; you have a special place in all our hearts.
Those wishing to remember Reg in a special way may make gifts in his memory to the University of Maine Foundation for the Reginald B. Bowden ’55 Fund (scholarship) Two Alumni Place, Orono, Maine 04469.
A graveside service will be held 2:00 p.m. Saturday, October 24, 2020 at Seaside Cemetery, Blue Hill.
Read Less

We encourage you to share your most beloved memories of Reginald here, so that the family and other loved ones can always see it. You can upload cherished photographs, or share your favorite stories, and can even comment on those shared by others. 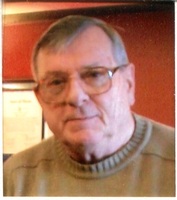 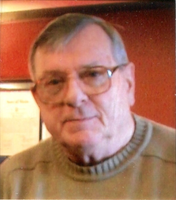