To share your memory on the wall of Eunice Bemis, sign in using one of the following options:

Provide comfort for the family of Eunice Bemis with a meaningful gesture of sympathy.

Eunice was born October 28, 1929, the daughter of Raymond and Maybelle (Humphrey) Bemis and was raised in Springfield Massachusetts. She attended Westfield State College where she earned her Bachelor's degree in Education and later earned her Master's Degree in Education at the University of Maine. She was a life-long educator, teaching young children in New York and Connecticut. Eunice finished her career in Maine after retirement, teaching on Indian Island in Old Town and at Hilltop School in Bangor. While she had no children of her own, she loved inspiring young children to learn, flourish and succeed.

Bemie enjoyed writing music, poetry and short stories, gardening, reading and taking care of the many pets she had over the years. She spent many enjoyable summers at Green Lake in Dedham with her longtime partner, Mary Farrar. Eunice was an active member of St John's Episcopal Church of Bangor and sang in the church choir for many years. A highlight of her life was travelling to the United Kingdom with the church choir and a visit to the holy land.

Eunice is survived by her nephew Tim Bemis, his wife Cathy and their sons Justin and Josh of Dayton, Ohio; her niece Laurie de Ris, her husband Mario and their two children Finn and Grayson of Great Barrington Massachusetts; and her sister-in-law, Betsy Bemis of Richmond Massachusetts; family friends Jack and Barbara Farrar, Robert and Bonnie Farrar, David and Kim Farrar, and Cleveland and Alison Bemis and their families. She was predeceased by her brother Kenneth, her niece Heather Bemis, and her companion Mary Farrar. Family would like to thank her friends at Boyd Place, Aging Excellence and Northern Light Home Hospice for their compassion and care of Eunice during her last few months.
Due to the current health situation, a service will be announced at a later date. Donations in her memory may be made to St. John’s Episcopal Church, 234 French Street, Bangor, ME 04401, or the, Bangor Humane Society, 693 Mt. Hope Avenue, Bangor, ME 04401. Condolences to the family may be expressed at BrookingsSmith.com
Read Less

We encourage you to share your most beloved memories of Eunice here, so that the family and other loved ones can always see it. You can upload cherished photographs, or share your favorite stories, and can even comment on those shared by others. 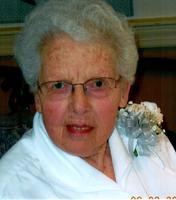