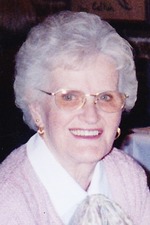 Jane graduated from Brewer High School Class of 1951 and EMGH School of Nursing in 1955. Following graduation she worked at EMGH. While her children were young she worked part time at EMGH, and did part time private duty and school nursing. She returned to EMMC full time in 1973, and was night charge nurse on the oncology unit until her retirement in 1998. She was elected “EMMC Nurse of the Year” in 1990. Following her marriage Jane lived in Veazie, where her children were raised and she enjoyed the company of many beloved friends. She moved to Holden in 1985 where she resided until moving into the Ellen Leach Home in Brewer in 2009. Among everything her children were the most important part of her life. She was very active in their school and sports activities, and was a Cub Scout Den Mother, classroom mother and chaperone, and PTA officer. She never missed an event her children participated in, and continued to do this for grandchildren with activities from Maine to Texas to Alabama and South Carolina. While raising her family she was active in skiing, snowmobiling and camping. She belonged to a bowling league, and was a former member of the BWGA (Bangor Women’s Golf Assoc.), EMGH/EMMC/Husson Alumni Assoc. and OES. After retirement she traveled extensively both in the United States and abroad. With close friends she visited many National Parks, Maine’s 62 lighthouses and 15 covered bridges. For many years enjoyed her weekly “poker games” with close friends. She enjoyed crossword puzzles, trivia, and knitting. Over the years has knit hundreds of scarves and hats for charitable organizations. Avid Red Sox, Patriots, Celtics, Bruins, U-Maine Football, Hockey and Women’s Basketball fan.

Relatives and friends are invited to a Gathering of Remembrance at the Family Reception Center of Brookings-Smith, 163 Center Street, Bangor, will be announced at a later date. Interment will be private for the family at Lawndale Cemetery, Old Town. Those who wish to honor Jane’s memory may make donations to the Ronald McDonald House of Bangor, 654 State Street, Bangor, ME 04401 or to, Sarah’s House, 346 Main Road, Holden, ME 04429. Condolences to the family may be expressed at BrookingsSmith.com. In her honor, “Hug your loved ones, tell them you love them, and treat everyone whose path you cross with kindness and respect”.